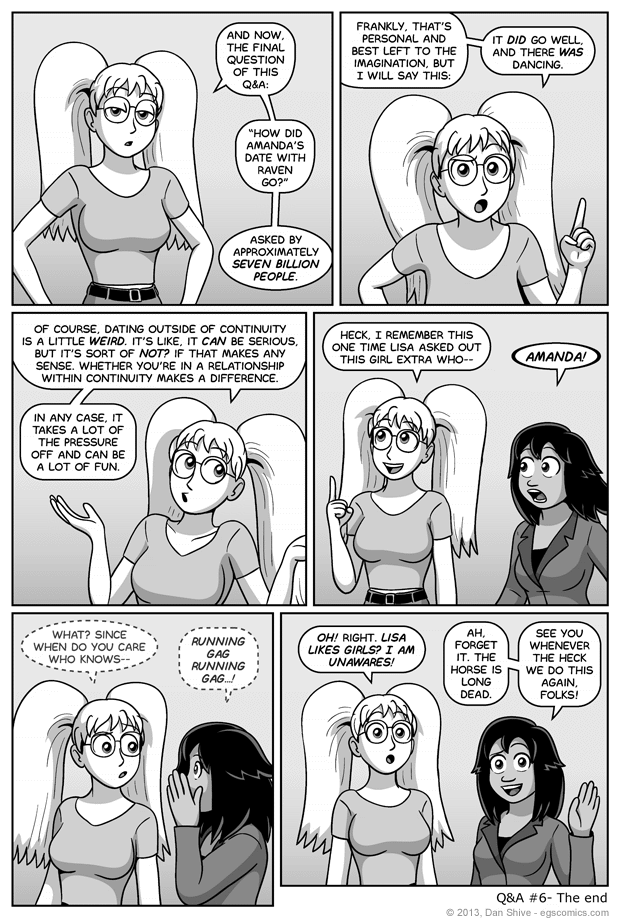 I previously asked in a previous comic commentary (previously) if Amanda should acknowledge Lisa's attraction to her. The majority of responses were "yes", but I ultimately decided that Lisa's attraction to Amanda specifically wasn't really the issue, rather the running gag of Amanda being entirely unaware that Lisa was interested in women in general. I also decided I didn't want it to actually be an issue between them, and this is the result.

As I've probably mentioned, the entire inspiration for Amanda's unawareness, and really Lisa's character in general, was Ally McBeal and the little slumber parties that Ally would have with her roommate. It's not so much that Ally's roommate was interested in women and Ally was unaware of it (I'm pretty sure that's NOT what was going on), but it did put the idea in my head (it's probably worth noting that I was teenager when I watched that show).

IN ANY CASE! Thus ends the Q&A. Monday will be the start of a new storyline.