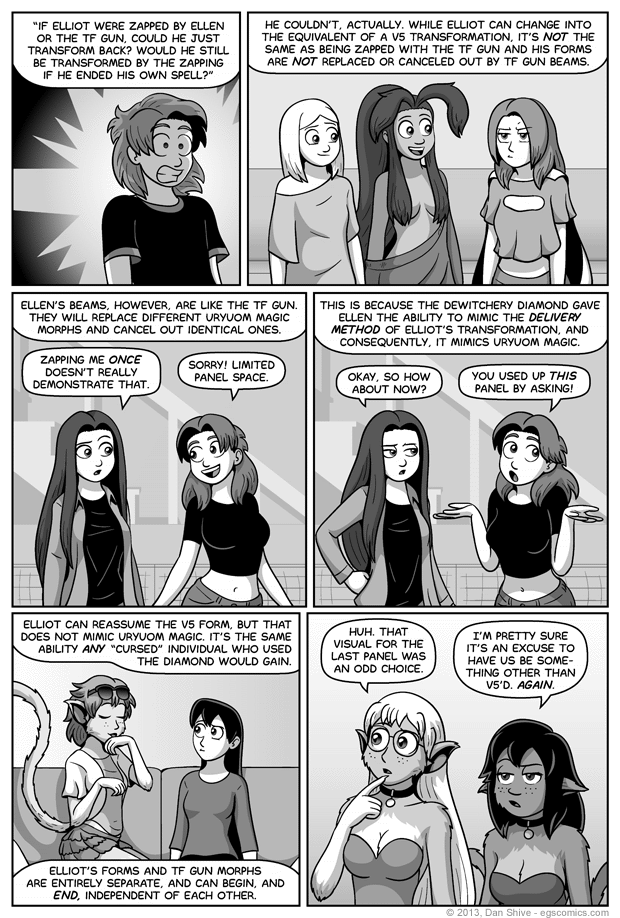 That last reference comic is also a "prequel" to the last panel, as it, too, was a comic when they could have conceivably wound up V5'd and didn't.

This comic was a lot more work than I thought it would be. If all I was trying to do was answer the question, it would've been super easy. It was choosing the visuals and revising the text to work with them while staying on message that was somewhat complicated.

That, and every time a character shows up for the first time in this Q&A, it is officially "reevaluate their design and make tweaks" time. As such, this comic resulted in me reevaluateing Cheerleadra, Ellen, Heidi, and V5 Tedd (which meant I needed to reevaluate Tedd's male and regular female designs first, as there are dependencies in design there).

You might have noticed Elliot wasn't in that list. I didn't bother considering possible changes to Elliot's design as of this comic because his natural form was only in one panel and he's in a weird pose with a weird expression in it.