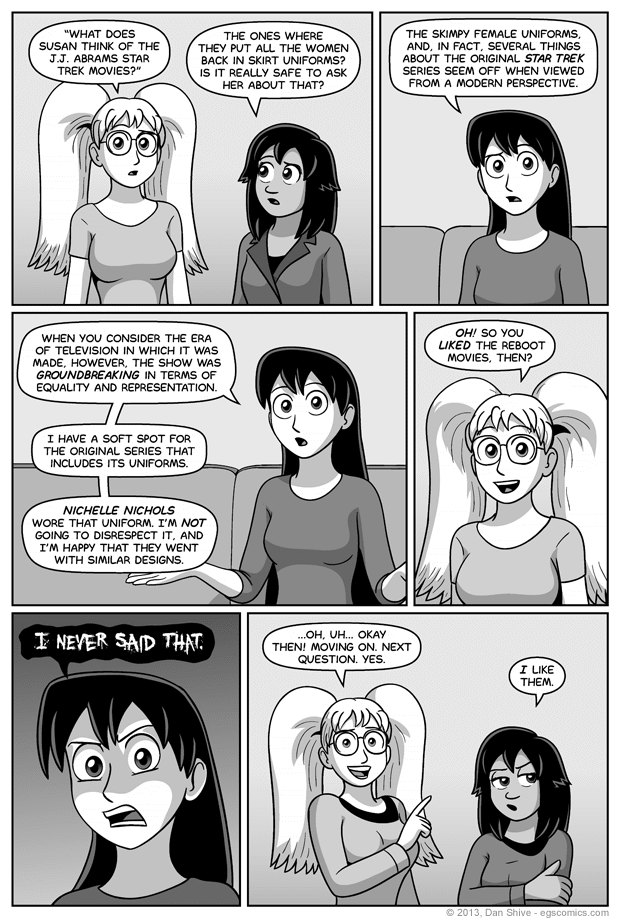 I liked the 2009 Star Trek movie. It wasn't very Star Trekish, but it was a fun science fantasy adventure with a familiar, welcoming feel to it in the form of motifs from the original Star Trek.

Susan would be less charitable than I about it, however, and we're both less charitable to its sequel, Into Darkness. I was very forgiving towards it at first due to really wanting to continue enjoying the reboot series, but every time I look back on it, my opinion of it worsens. I'm not going to go on about why, as I'm not out to change the opinions of anyone who did like it, but it wasn't my cup of Tea, Earl Grey, that's for sure.

In any case, the newest Trek movies are lacking several of the key elements that make Susan love Star Trek, so she does not care for them. As this comic addresses. however, this dislike has nothing to do with the revival of the old uniform styles. Speaking of which: Nichelle Nichols.