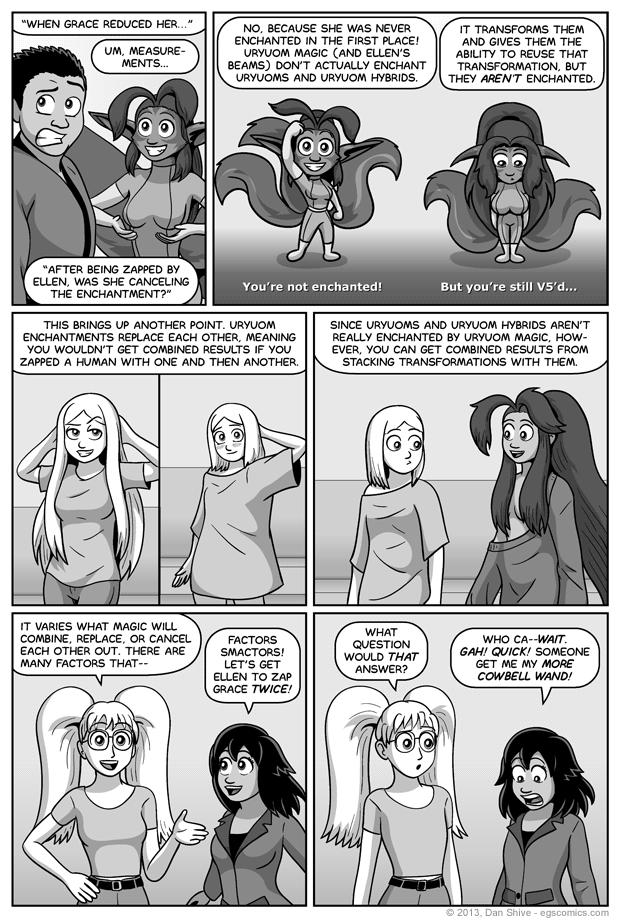 Grace has big eyes! Big-eyed Grace forever! Feedback? What feedback? Grace should have big eyes. Nobody's going to have a different opinion about this. That would be crazy. Why would you even suggest such a thing? IT'S FINE! EVERYTHING'S FINE!

Panel two references Chrono Trigger. Specifically, the SNES translation when using devices in the future that restore HP/MP, "but you're still hungry".

I likely would have answered this question differently if you went far enough into the past to ask, but the more I thought about it, the more it made sense to me that Uryuoms weren't being enchanted by their own magic / tech. They were being transformed, certainly, but the TF gun didn't leave an active enchantment to remove or otherwise manipulate like it would with non-Uryuom targets.

That being the case, it would be logical that TF-beam transformations on Grace could be applied over and over for cumulative effect, the only limit being Grace's own morphing abilities.