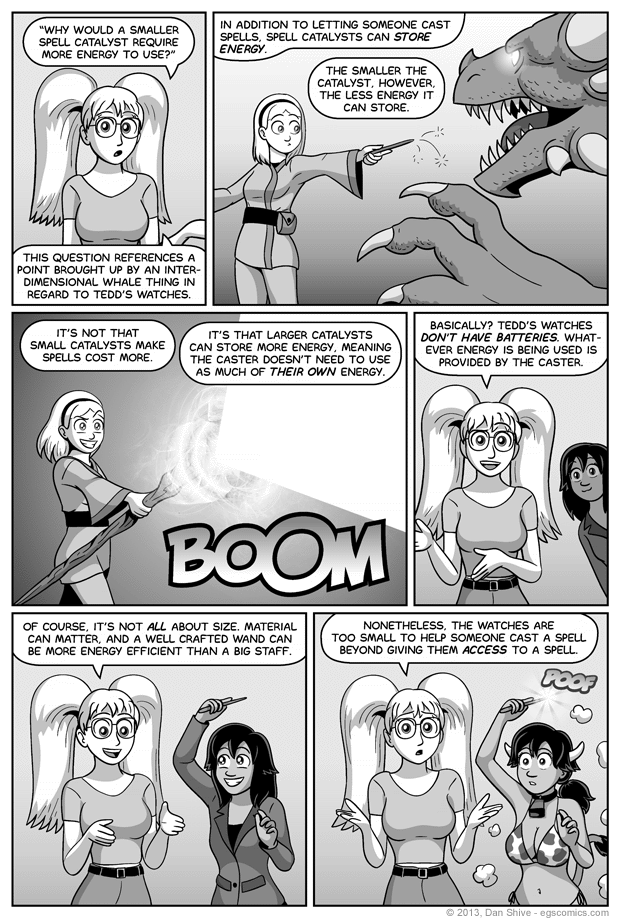 This has been bugging at least one reader for a while now, and I saw it was an opportunity to talk about wands and staffs and stuff, so hopefully this is a case of everybody winning.

It took me an annoyingly long time to figure out what I wanted for the sample panels. I definitely wanted the wand failing and the staff succeeding scenario. I thought of some questionable things Tedd could do, but ultimately, I felt Sarah was the most appropriate choice. It's just a shame it took me centuries to get to that choice.

This comic also showcases another stylistic experiment in which I attempt to help eyebrows stand out more on certain characters. It's basically just not allowing lines to overlap with the eyebrows when possible. As always, feedback is welcome.