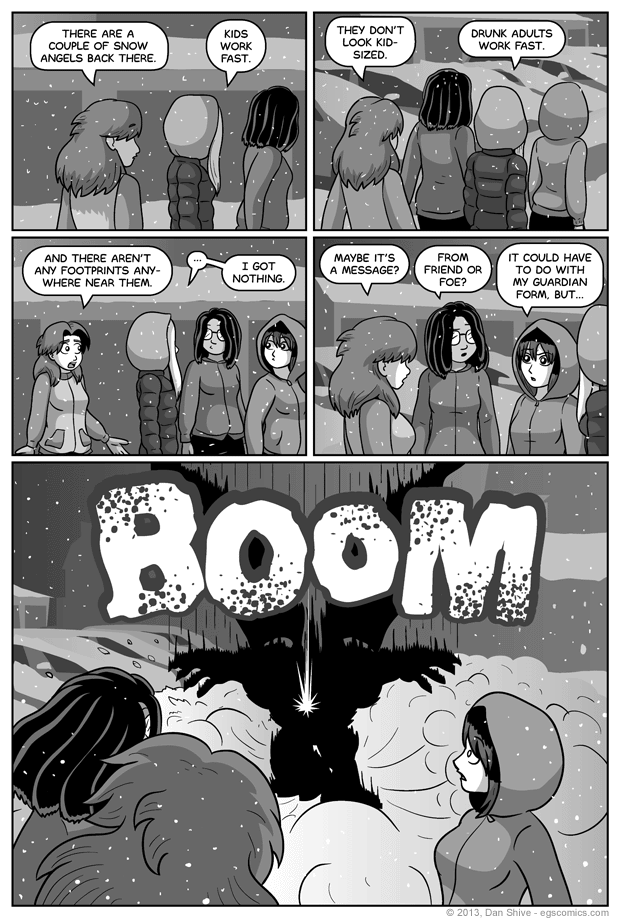 Long story short, today's comic goes "boom". It is also very, very upset that it's not a Friday comic. Yesterday's comic was, too, now that I mention it. Of course, many comics think they should be Friday comics, but they can't ALL be. Unless, you know, I updated once a week, but then any day is as cliffhangery as Friday.

Also, if I was only updating once a week, this would be week 48 of this storyline, so... yeah. Not gonna happen. I don't think anyone but the "Friday" comics are going to mind, however.