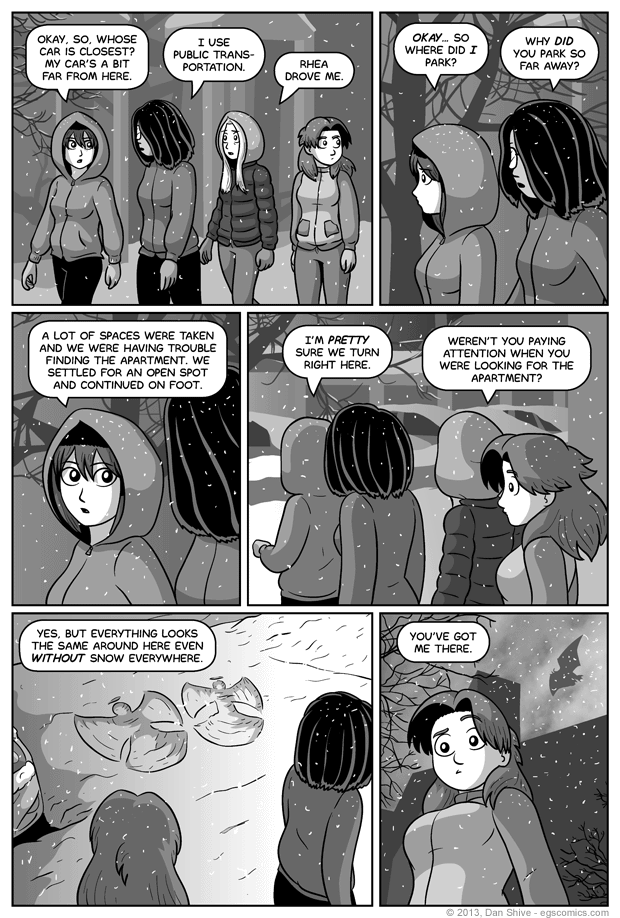 Now that the screaming has completed, a confession: That "where are the numbers" bit of dialogue wasn't intentional foreshadowing. At that point in time, I didn't know I was going to be addressing why nobody had parked closer. I felt it worked well here, however, so here it is.

Diane's jacket is actually based on one I own. It is a relatively light winter jacket, but it's designed to resist windchill and boy does it ever. Part of the inspiration for giving her such a jacket was simply her current outfit, which as I've previously commented on, has a shirt that probably isn't the best choice for winter.

Granted, she is wearing a hooded long-sleeve shirt over that which can be zipped up at any time, so maybe it's fine and I'm being fussy. All the same, I'm amused by her wearing that jacket.

Speaking of hoods, I very nearly drew this comic with both of their hoods down, and I'm glad I didn't. For one thing, it's snowing. Why wouldn't they put their hoods up? For another, Nanase is ADORABLES. *Erhem* In, uh, my opinion, at least.