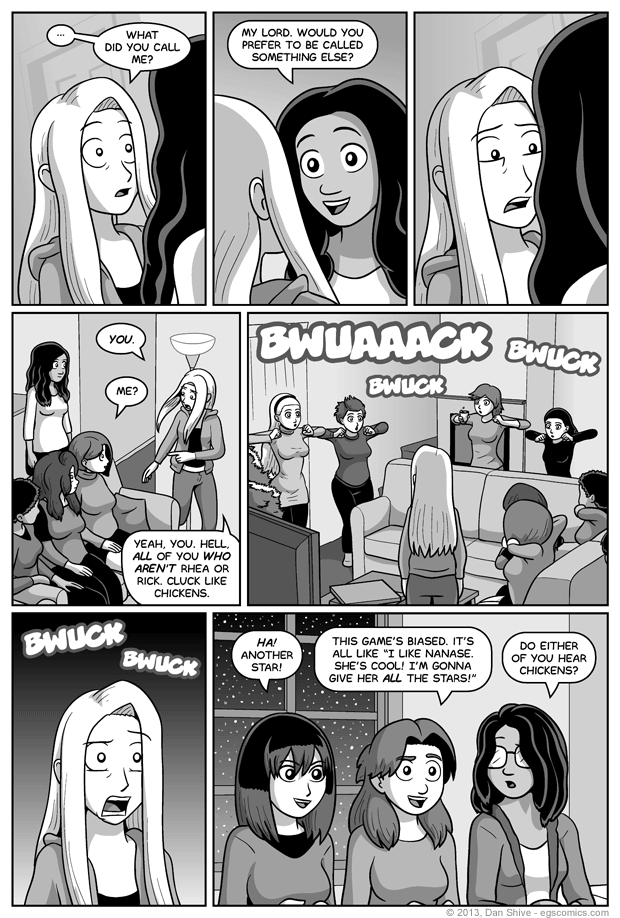 Posted June 25, 2013 at 1:00 am
- The extremely limited amount of insight we have into Diane's history with Rick

I now know that thundersnow is a thing. Depending on where you live, it is apparently super rare, or the only way you know it's about to snow for reals.

Mario Party really can feel biased at times. At least, that's my memory of Mario Party 8. There's a lot of luck involved with such games (there's skill, but also dice rolls and such), and if there are randomly selected bonus stars, there's even more luck involved.

"This bonus star goes to... The person who moved the most spaces! Because that's Nanase, and Nanase is awesome."

Hm... None of the commentary so far is actually about the comic. Um... I should find more excuses for characters to be in chicken dance poses. Yes. COMMENTARY SUCCESSFUL! *Gets a star*