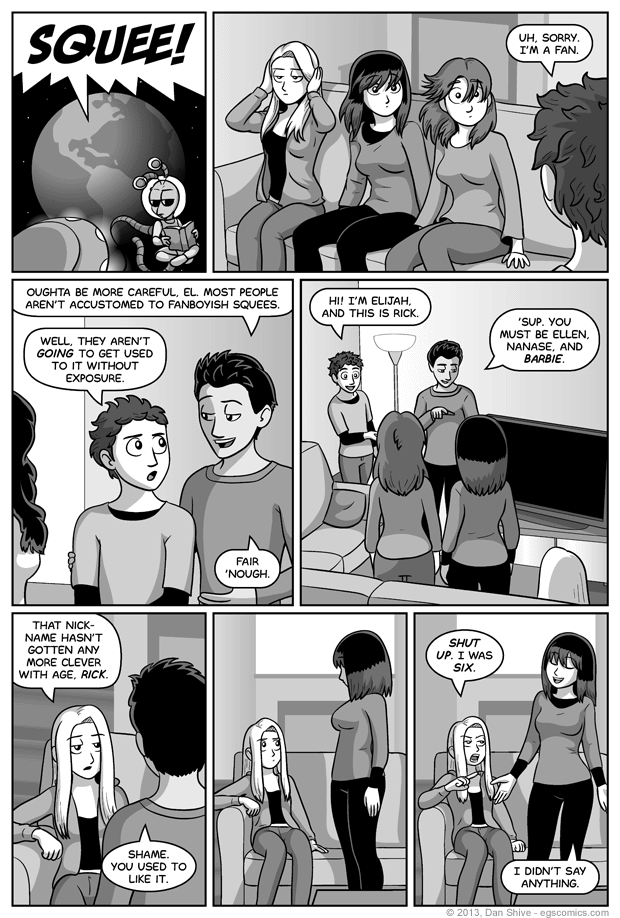 I was originally going to show an exterior shot of their apartment in silhouette in the first panel of this comic, but it wasn't terribly clear what it was. I considered doing a non-silhouette version, which would have been a lot more time consuming to do for a single cutaway gag, but then I remembered the Uryuom in space.

Sadly, the space shark was busy with a prior engagement at the time of this comic's production.

I wasn't 100% set on a name for Rick when someone on Google+ brought up the "Adventure Sphere", AKA "Rick", from Portal 2. So I guess he's named after a robot? Is that even the right term for the personality cores?

Well, whatever. He now has an advantage at dancing the robot.