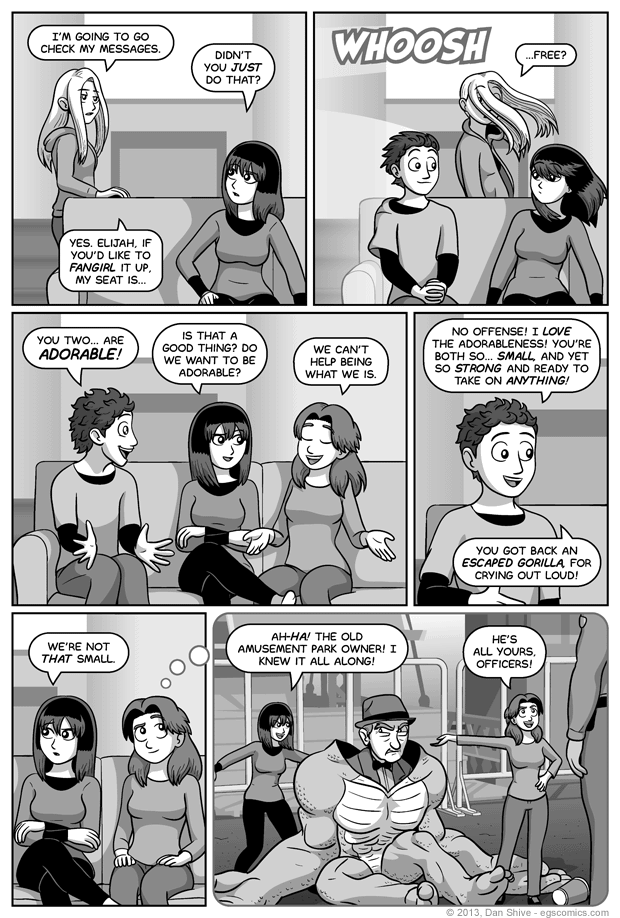 While we're on the subject of hair and clothing moving super easily in whatever little wind there might be, a few people have expressed confusion over hair movement in the second panel of a previous comic (the one where Diane says "yes please"). Diane sat up quickly, and Nanase reacted with a slight, but quick, motion away from Diane. That's why their hair was in motion.

One of the things I enjoy about various incarnations of Scooby Doo is that anyone can fit into any costume and run around with super-human efficiency. Over-sized costume, under-sized, completely figure-altering, whatever. They'll make it work somehow and do things Olympic athletes only wish they could do, usually with only a flimsy explanation (if any) explaining how they could pull it off.

A downside or upside to that, depending on how you look at it, is that you really can't eliminate suspects on those shows based on their physical characteristics. Well, except in the case of lady monster costumes. I admit to not seeing every episode of every Scooby Doo series ever, but I'm betting there was never a monster with a female figure running around that turned out to be some dude.