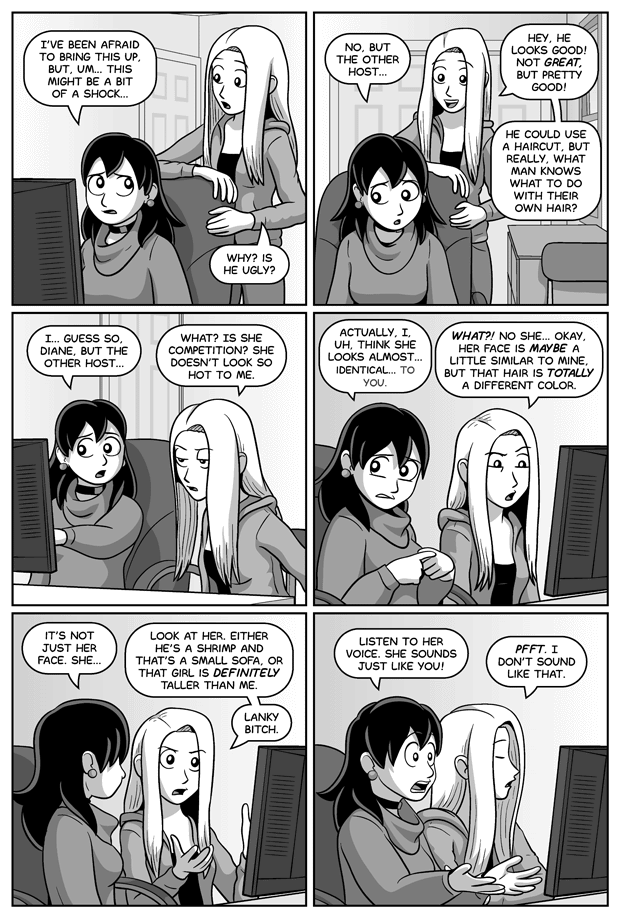 One of the reasons I had Diane and Rhoda start out standing in the previous comic was to give people a chance to notice Diane's height relative to Rhoda, who is still around five feet tall.

This had the unfortunate side effect of making it difficult for me to figure out how to position them in this comic, the end result being the decision that there's' totally another chair in the room that's usually kept out of the way and that Diane was totally going to sit on it after panel three because WOW it would have been super annoying and limiting otherwise.

Back to the matter of height, Diane is correct about there being a difference. Susan is up to a bit over five foot nine (inches) at this point, while Diane is around five foot six. If Diane's height sounds familiar, there's a reason.