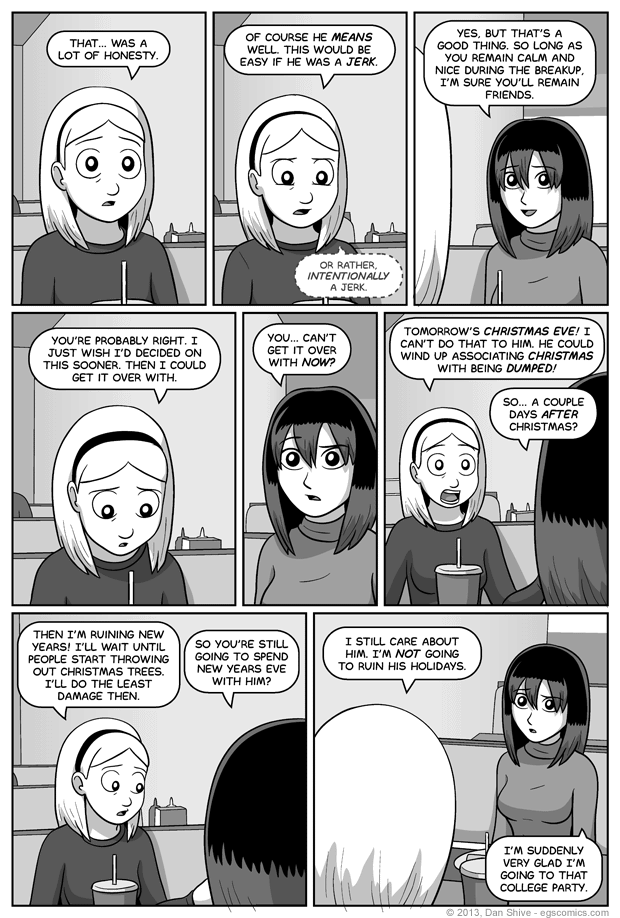 One thing about the seating arrangement in this and previous comics in this scene is that the panel count can very quickly go up when I want to be sure to show both of their faces. There isn't really any way around that, however, short of having them sit on the same side of the table and so close together that they may as well be cuddling, and nobody would want to see that.

I'd make a wise crack about "speaking of good intentions", but I consider this something of a genuine dilemma. Bad things happening on a holiday do have the potential to turn that holiday into an annual bummer. I still become a bit of a Scrooge around Halloween thanks to certain acts of vandalism that once occurred on Halloween, and it's been years since anything like that's happened.

Not that it makes me doing anything particularly crazy. It's normal to leave motion sensitive sprinklers out on Halloween, right?

All the same, one has to be careful with their good intentions. I remember when I was playing Fallout 3 and I thought I was being a super cool guy by convincing the people in this one place to let a bunch of ghouls live with them, and, well... Um... Yeah. Let's just say hindsight is 20/20.