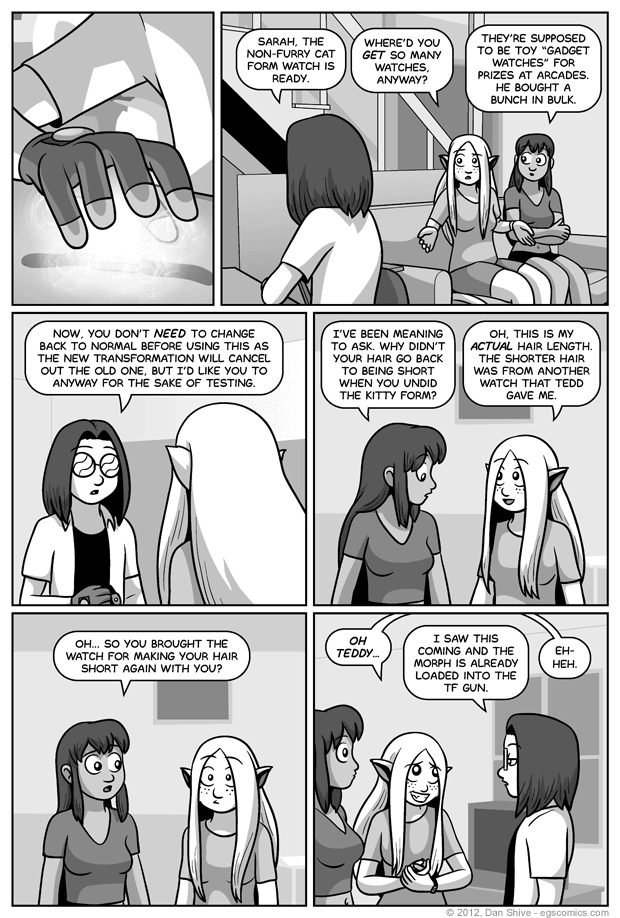 Given the number of messages I'd received about Sarah's hair not going back to being short, the fact that I wanted to show the glove being used, AND a desire to address where the heck Tedd got a bunch of watch-like not-watches, this comic now exists. HUZZAH!

It would probably be wise of me to point that Tedd is not wearing the glove shown at the end of One Way Road. I know that's obvious upon comparing the two, but dude, the archives are huge. I can totally understand someone mixing the two up given enough time between seeing them and not devoting the whole of their knowledge to my comic's archives (although that would be a worthy pursuit).