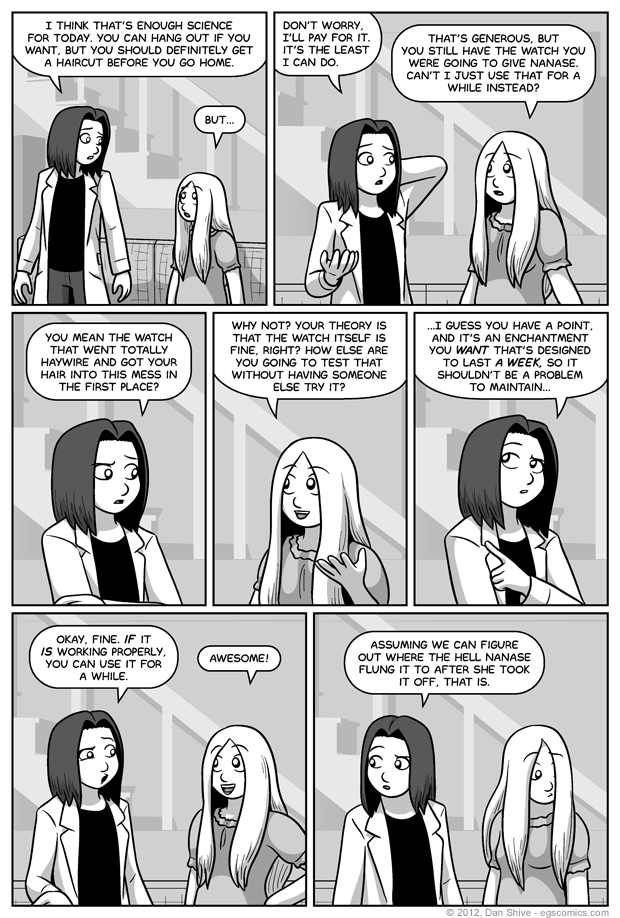 I never showed what Nanase did with the watch after taking it off and someone did ask me about it, so I suppose this comic addresses the concerns of at least one individual. Granted, it doesn't really answer the question beyond "she flung it somewhere", but it's something, darn it.

In any case, Sarah's right. Hypothesizing that the watch wasn't to blame and simply accepting that as the conclusion is not SCIENCE! Of course, that'll be small comfort if it turns out the watch really was to blame and she winds up with a ton of hair that then vanishes in a burst of magical light, but...

Huh. Actually, based on what happened with Nanase, it's entirely possible that even if that did happen, the end result would be some hairs on the ground and what would effectively amount to a free haircut. Double checking this really is win-win for Sarah, isn't it?