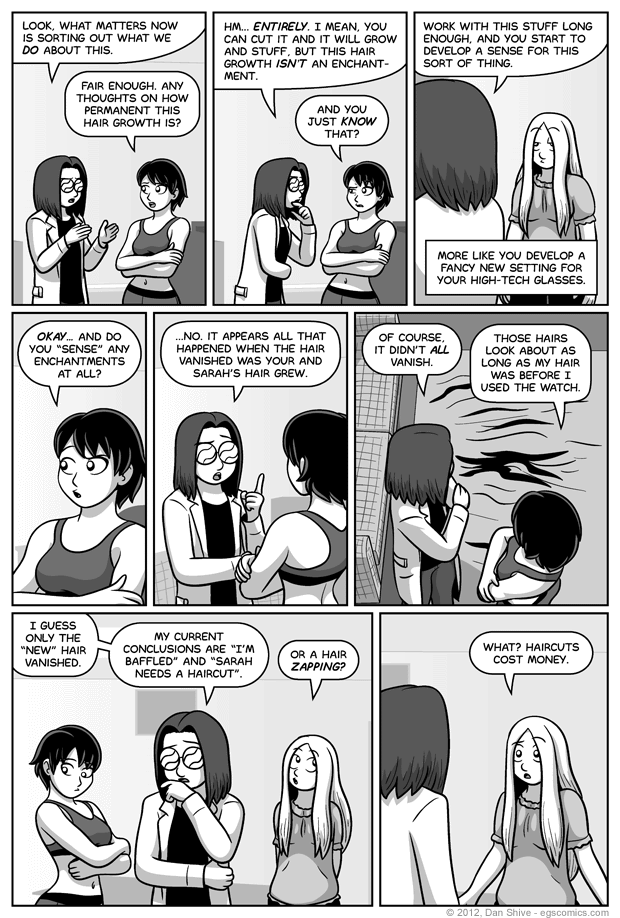 I would have preferred to show that there were remnants of Nanase's old hair still left in an one of the previous two comics, but angling the view at the floor was so awkward that I boldly declared "nuts to this" and waited for this comic.

Incidentally, "new" is in quotations because Tedd is referring to the portions of the strands of hair that were newly grown, but it was all technically the same hair as before. They're theorizing it was just the newly grown parts of those strands that vanished. See why I just went with "new"?

The implications of this comic are somewhat significant if for no other reason than it presents a canon example of a transformation that isn't an enchantment and won't just go away on its own later. Assuming Tedd knows what he's talking about, at least, but he appears ready to admit when he doesn't.