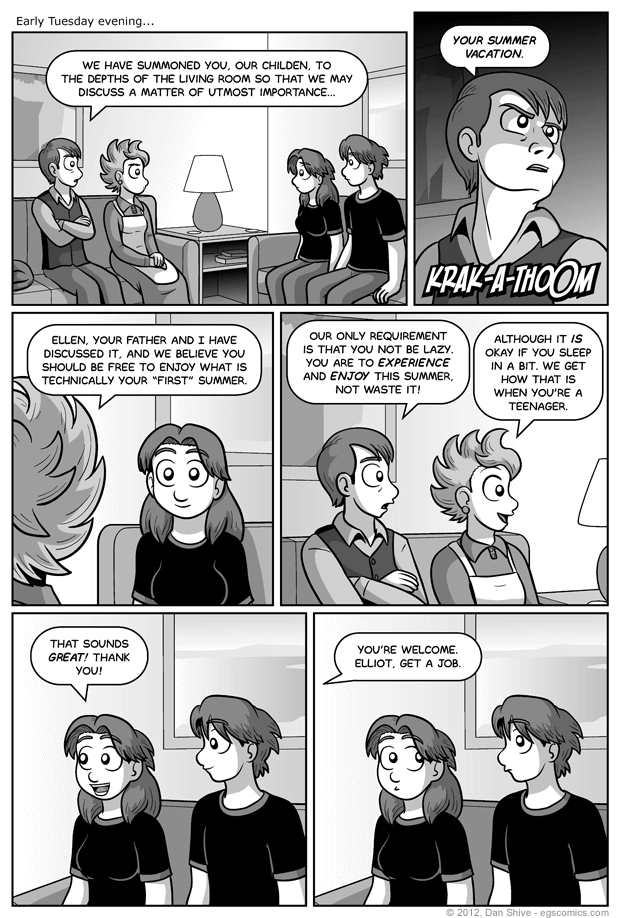 What Mrs. Dunkel is saying in panel four is, supposedly, backed up by SCIENCE! Young adults having sleep cycles that don't conform to societal expectations is, apparently, perfectly natural. Go figure.

This is actually the same day as Matt asking Susan out, which might perplex people who read the comic that established that date when it was first posted as the date on given by that comic has now been sheepishly changed twice.

The first time I changed the date, it was because I had accidentally only added one number to the date given in the comic previous to it, which would have made it Saturday, not Monday.

The second time I changed the date was more recently after it was pointed out that the last Monday in May is Memorial Day in the United States, and they would not have school. I apologize for this mistake, particularly given which holiday it was. For whatever reason, I'm easily confused by holidays that don't fall on the exact same date every year, even if there's an easy rule to go by.