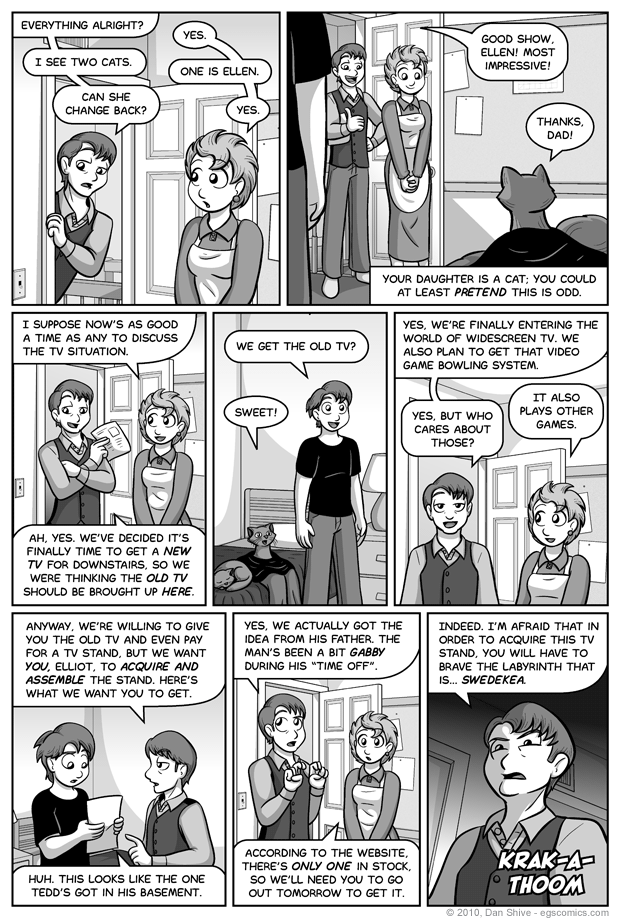 Posted March 12, 2010 at 1:00 am
When I was younger, I was given a hand-me-down 19" mono sound TV set with wood paneling and a built in antennae that could get maybe five channels on a good day. It was the bestest TV ever.

I know what you're thinking. There's gotta be some sort of twist to this. This storyline can't ultimately just be about Elliot shopping for furniture at a thinly veiled parody of a well known seller of fine Swedish furniture You see, however, that is the twist. That's what makes it so brilliant!

This is, I believe, only the second comic Mr.. Dunkel has been in without a newspaper. It's a running gag I have chosen to abandon for a few reasons, one of which being the simple factor of freeing up the poor guy's hands. The vest is a design change as well, and part of my effort to have less guys in the comic wearing essentially the same outfit. I mean, seriously, look through the archives. It's like an epidemic of light button dress shirts.