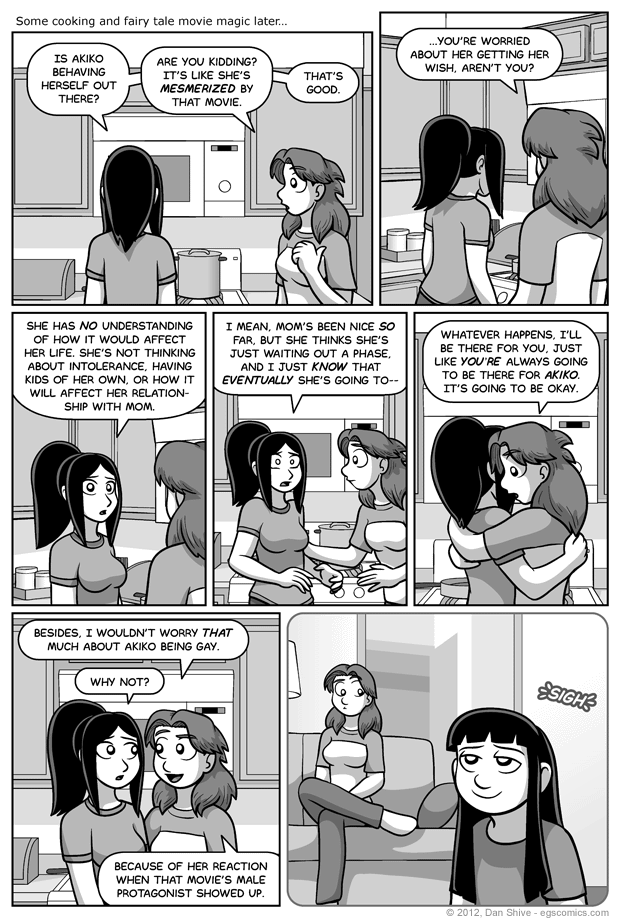 CURSE THAT KITCHEN! It is an EVIL kitchen! Well, no, not really. It's just that it makes for a naturally busy background from any given angle I could have chosen. I guess an overhead view wouldn't have been that busy. If I had done that in this comic and claimed it was an homage to 8 and 16-bit era RPGs, would anyone have bought it?

Okay, I'm guessing most people wouldn't if it was just that, but I think there are ways I could have pulled it off. For example, I could have turned cooking the spaghetti dinner into some sort of mini-game where Ellen has to give Nanase the right ingredients quickly enough for maximum XP! Of course, this being spaghetti, there wouldn't be many ingredients to worry about short of making a strangely complicated sauce for it.