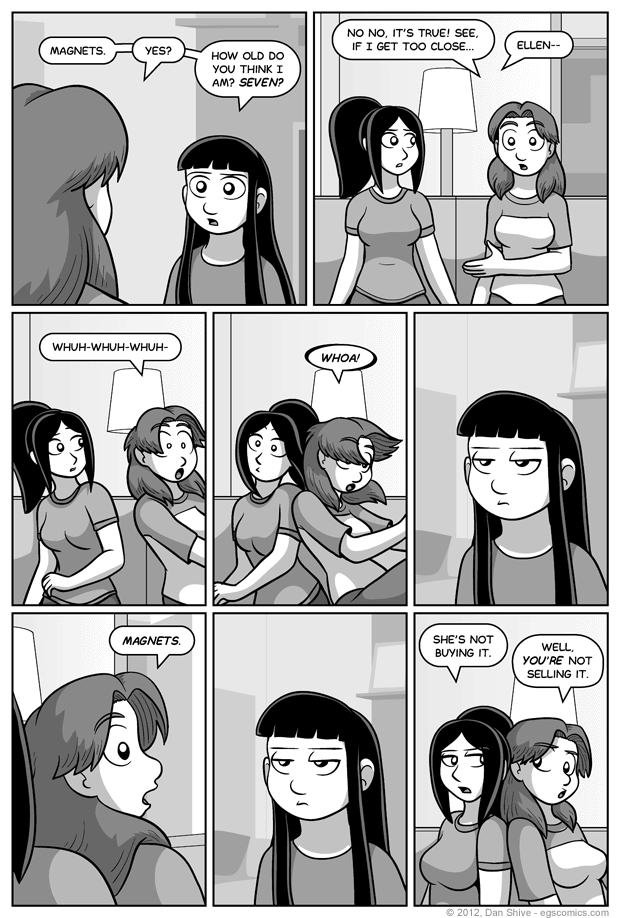 Posted February 20, 2012 at 1:00 am
I originally had no intention of Ellen trying to prove this point, but then the above comic entered my brain and I decided its existence was 100% necessary.

That's pretty much all I have to say about that, but I would like to thank everyone who wished me a happy birthday over the weekend, and wish everyone a happy actual, belated or early birthday while I'm at it. I didn't do any sort of birthday sketchbook this year, though after last year's, that shouldn't be too surprising.

I was actually surprised to learn that at least two people following me on Twitter share my birth date. That shouldn't really surprise me given that there are only so many days of the year, but I'll be the first to admit that my mind isn't always a very logical place.