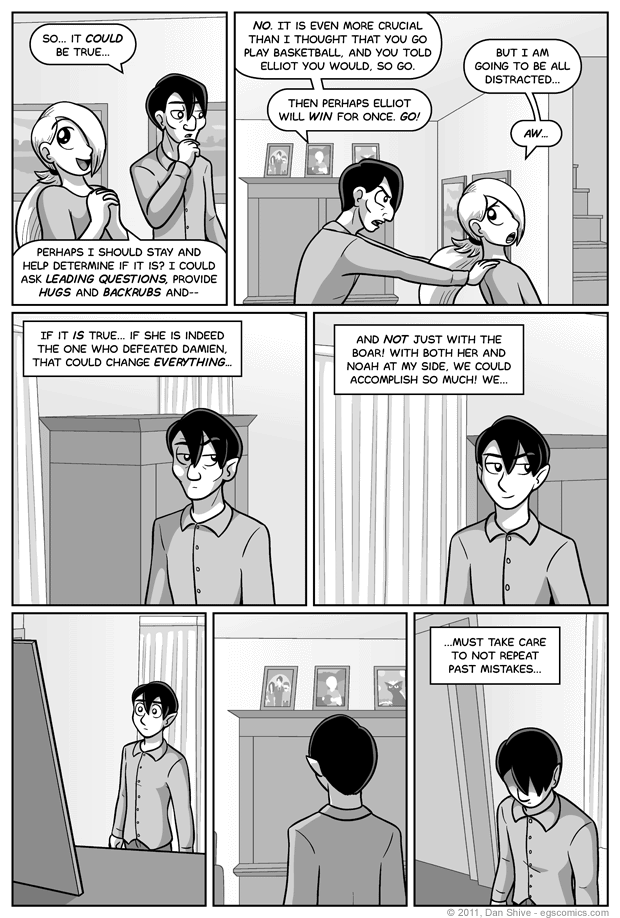 Or not. He seems like an okay guy, at least.

I mentioned in the previous comic's commentary that I added content to the various picture frames, the only reason given at the time being "I would much prefer they have visible content". One of the more in-depth reasons I would "much prefer" it was the realization that it would be weird to have pictures just suddenly pop in during this comic as they spontaneously became relevant.

One may counter that assertion with the claim that it's not entirely clear what the content of those pictures above the... um... huh. I don't know what to call that sort of furniture. It's not a cabinet, is it? It's not a wardrobe, either. It's got doors and drawers... maybe it IS a cabinet. This is really a thing I should know, or at least pretend to know.

ANYWAY. The exact content of those pictures on top of the wooden paper receptacle are being kept intentionally vague for now. It's not an error, it's a feature. It's just like a backwards-flying dragon.