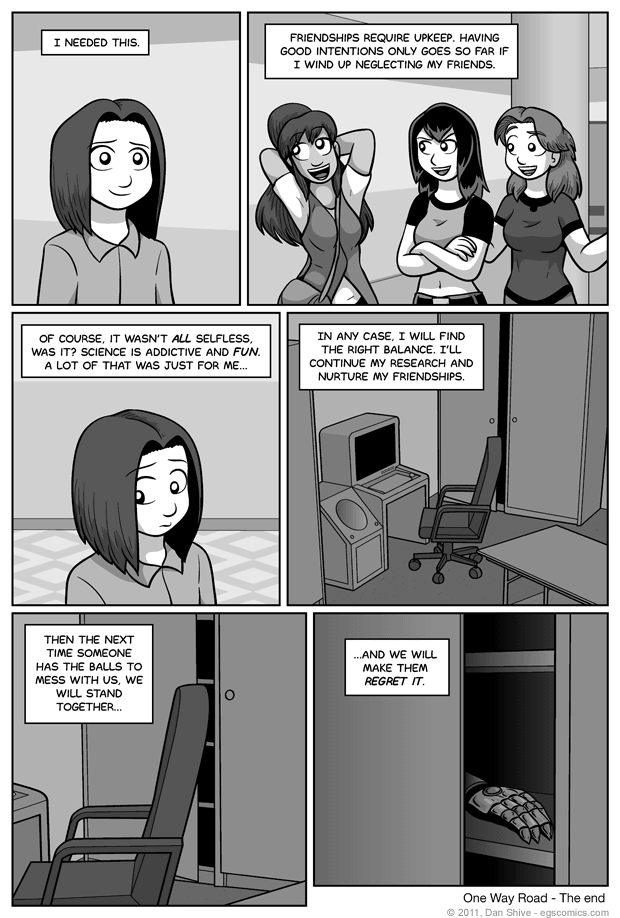 No, my intent was NOT to reference My Little Pony with this comic, and I will not dignify such nonsense by even doing so much as acknowledging the possibility.

In all seriousness, that really wasn't my intent, but I can't hear or read anyone talking about a lesson involving friendship anymore without picturing a purple unicorn writing a letter to some princess. Oh well. At least's it's a purple unicorn.

The end of One Way Road

I had originally imagined there being two comics left in this storyline, but I eventually realized that the only reason I was going to have two instead of one was because it fit my schedule for the week. Of course, by the time I had that sorted out, doing just the one more fit the schedule anyway seeing as it was too late to have this ready for Wednesday. Can we pretend that was serendipity? Maybe for just a minute or two? I NEED THIS.

The next storyline will be a short bit of fun before getting into another medium-length storyline... or was this long length? I'm not sure. My entire sense of what constitutes a short, medium or long story is all out of whack ever since New And Old Flames lasted 151 pages.