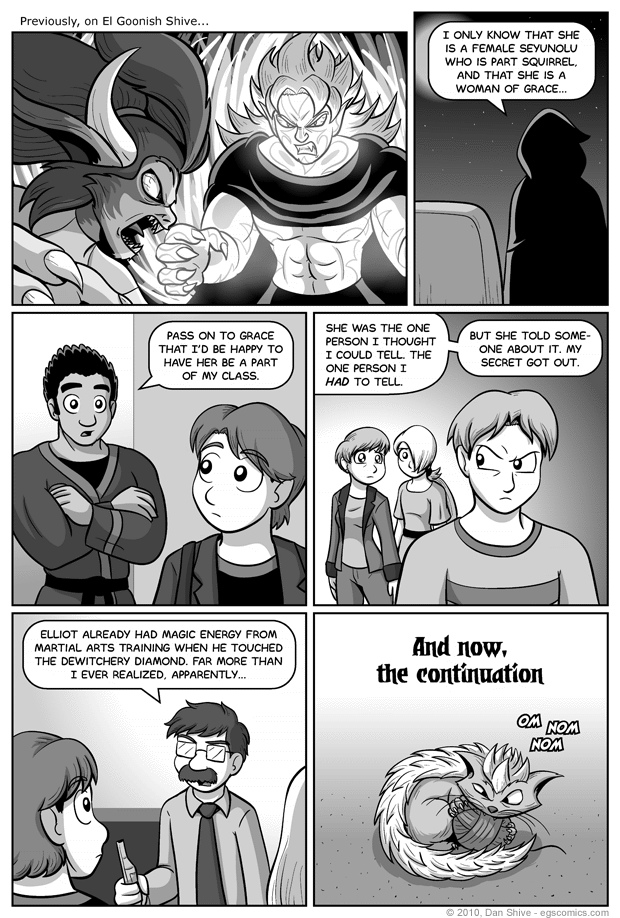 Posted August 16, 2010 at 1:00 am
This storyline will be pulling at so many plot threads that I felt it best to avoid excessive recapping later with a "previously, on El Goonish Shive" montage comic and handy-dandy links. Speaking of which:

Panel six, of course, is the most important panel of all. If the knowledge that Jeremy likes to gnaw on yarn isn't important to all things known, unknown and simply unknowable, I don't know what is. That, and the poor kitty hasn't been featured much lately. He needs panel-time, darn it!

There are other things that I could have included here, but the scenes shown here are all from years ago. Even that last one is from 2008 (a fact that hurts my brain). I didn't feel the need to show anything from the Bringing Silly Back group of storylines, which is basically my policy these days. If it's from the same group of storylines, it generally shouldn't need any sort of detailed recap.