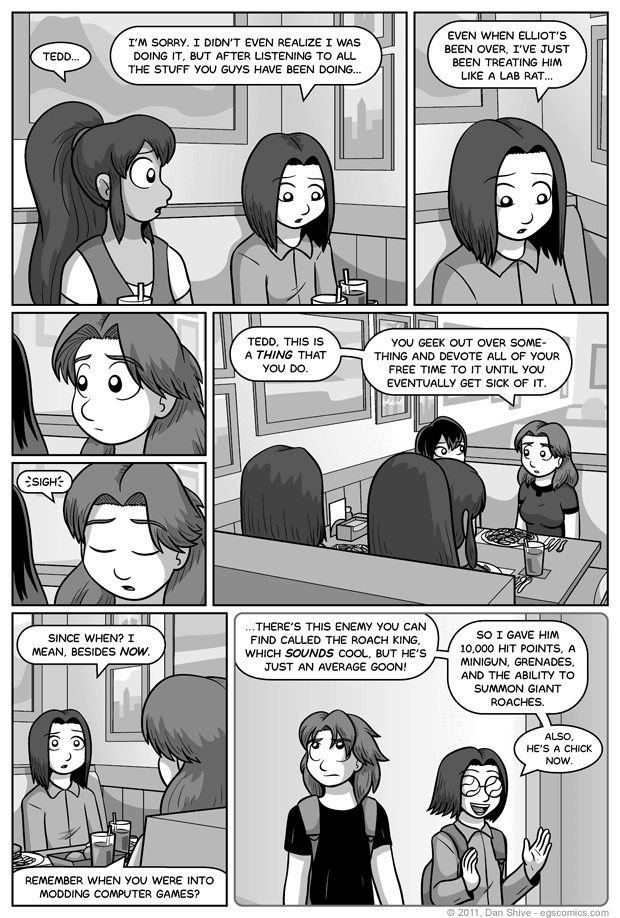 Elliot's freshman hair looks pretty good in this comic, at least in my opinion. It does make me wonder, however, if he used to intentionally style it that way, or if that's just how it dried after showering. I'd believe either.

Speaking of geeking out...

Accusations that I have any of this in common with Tedd are completely unfounded. In a completely unrelated note, the Roach King is an entirely real foe in Fallout 3 and I actually did make a mod that mostly does what Tedd claims his mod would do, except my super Roach King has 1,500 HP, is still male and decked out in fancy metal armor.

10,000 HP is actually five times the amount of HP the strongest enemies in the regular game have, which is what I was actually gong to do prior to, you know, actually trying to BEAT the modified version. Even with only 1,500 HP, this guy was capable of winning a fight against three of those previously mentioned most powerful regular monsters, so... yeah. 10,000 HP would presumably make him the potential source of a second apocalypse for the Fallout universe.