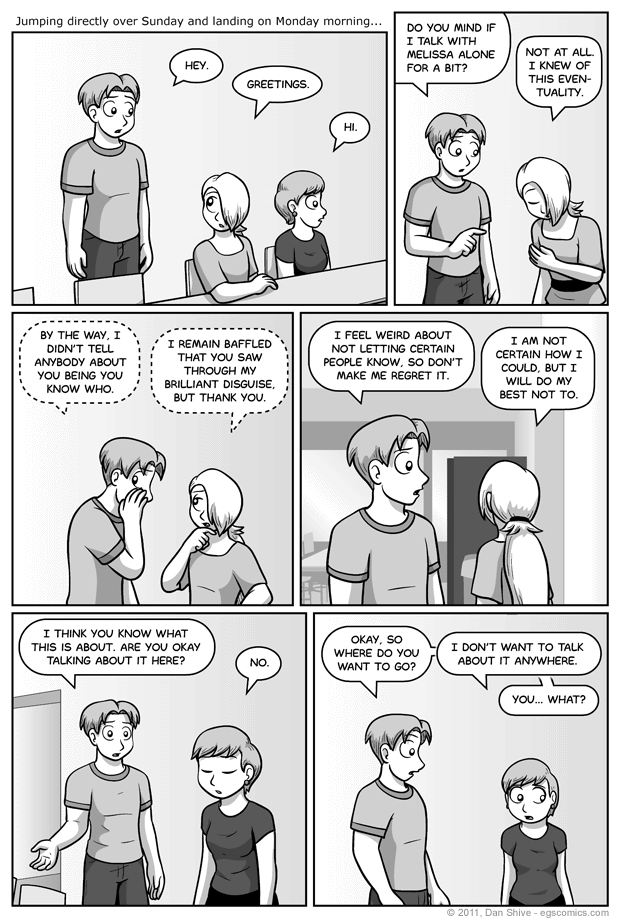 Justin keeping Noah's secret from the rest of the secret circle creates something of an oddity in the normal group dynamic that I like. The main eight really don't have many secrets from each other, and I like secrets!

In fact, I'm going to add another secret right now. Grace likes marshmallow sandwiches, but has told NO ONE. This will shake the very foundation of the comic to its core. Somehow. I'm not quite sure how yet, but I'll figure something out.

Based on previous feedback, there will be at least a few readers out there who will be annoyed that this comic skipped Sunday, but trust me, nothing worth putting in a comic happened on Sunday. I mean, there was the all female disco dance party in Tedd's basement, but that wasn't the least bit relevant to the plot.