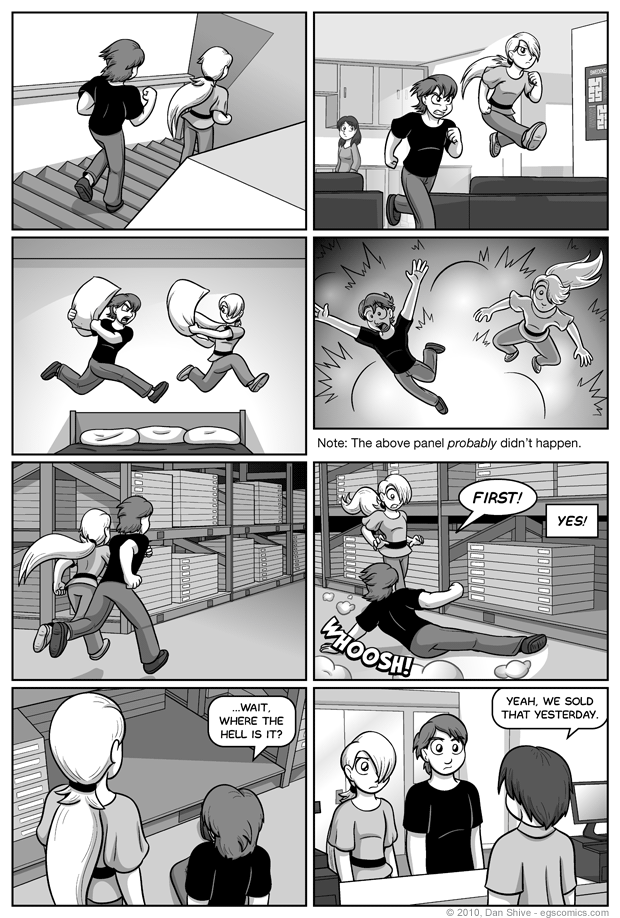 Posted March 24, 2010 at 1:00 am
Yes, Elliot said "first!", which is similar to an obnoxious act that many individuals engage in when they mange to be the first to reply in an internet thread or are the topic starter. Elliot, however, just raced through a large store against a worthy adversary and won only by virtue of pulling off a baseball-esque slide at the last moment in spite of the obvious handicap of not wearing a baseball jersey. Not only did he EARN that "first!", but his being first actually mattered here.

Or, it would have if not for the TV stand apparently having been sold already. There are several reasons (and at least one good one!) why neither of them get to walk away from this race with the spoils of victory, but I felt one of them should actually get to win the race itself. I mean, this race somehow blew up a portion of the sales floor. There should at least be a winner declared.

What? The comic only said that panel probably didn't happen.