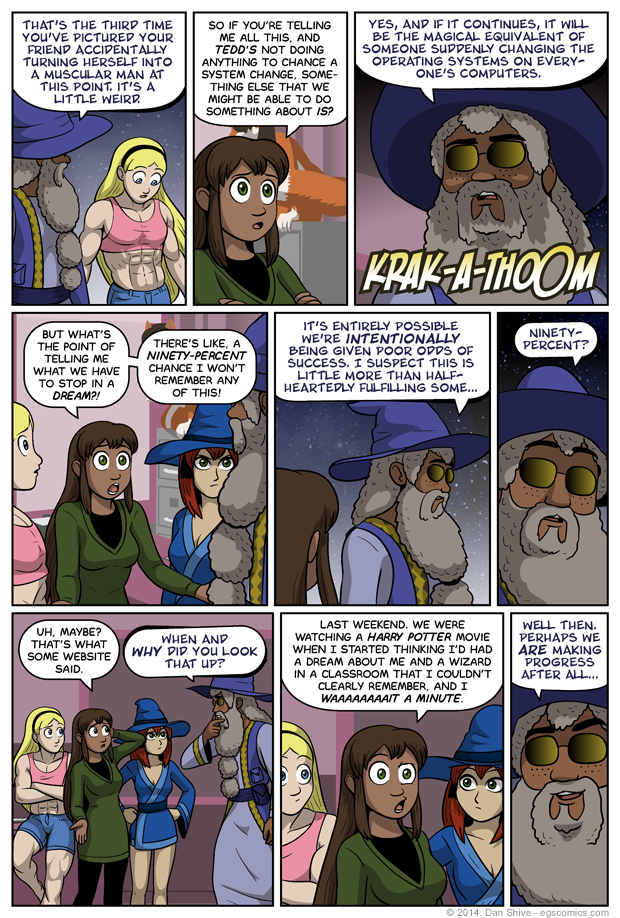 - I guess she liked the first book
- Third time

That's generally how it goes, though. I write a script that implies really simple visuals, then I decide I want something going on in the background or something, and suddenly the simple comic becomes one of the most complicated ever.

Granted, this comic wasn't actually too bad in that sense. It was just more than I'd bargained for, resulting in "I have way more time than I need to finish this comic on time" famous last words.

In any case, I think there need to be more female-to-male transformations in the future. Generally not as over-the-top muscular as Sarah is in this comic, just in general.