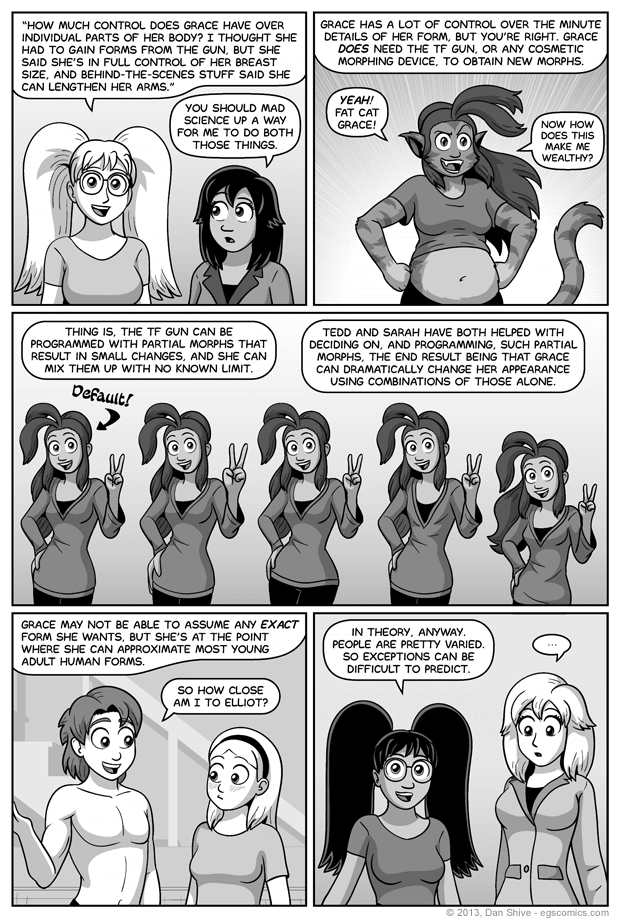 - Er... "size" control
- I guess I actually noted she made herself taller, but her arms were longer than normal, too

Worst. Get rich quick scheme. EVER.

Fun fact: I accidentally attributed Amanda's narration in panel four to Grace, and the comic was uploaded as such for a few minutes. I can only assume a few people reached that panel and were baffled upon seeing Elliot with no shirt taking over the narration while talking to Sarah.

The current, and rapidly evolving, eye style is allowing me to do some things I wasn't able to before. For one, feline eyes can look more feline-ish (I look forward to fretting over how cat-like to make Catalina's eyes). For another, I can do stuff like have Grace morph into Elliot while keeping Grace-style Eyes. Amanda and Lisa retain their eye styles in spite of being morphed in the last panel, too.

It's a weird effect, sure, but yay for it being an option.

Incidentally, one might have noticed a greater height difference in the last panel than in the first. This is due to Lisa wearing high heels and is intentional.