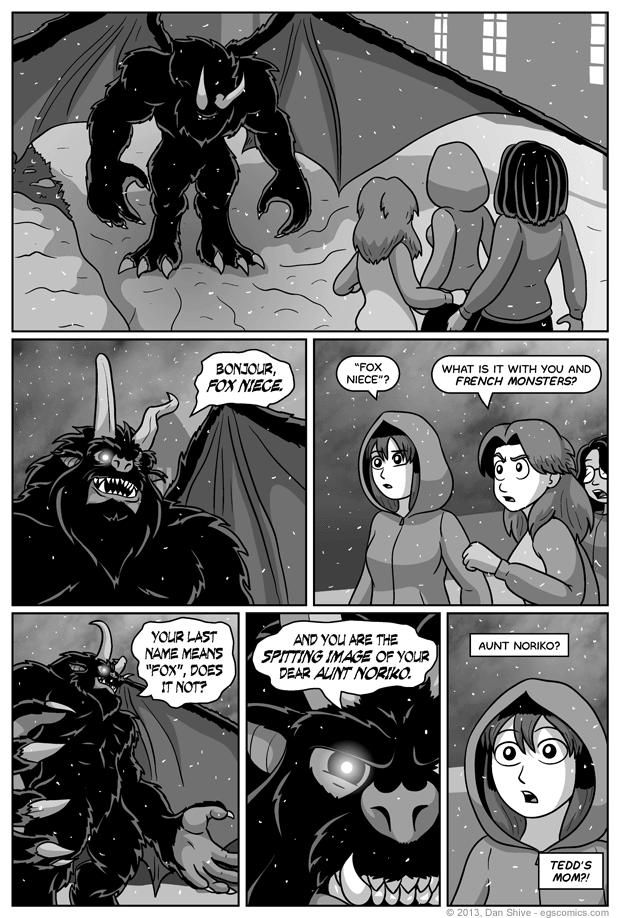 Remember when I decided to name this storyline Family Tree and how I cackled with glee on account of the assumption that most people would assume that the title was only in reference to Diane and Susan? Good times, good times.

I wanted this gentleman to have a stark visual contrast with his surroundings and considered having him remain somehow obscured in silhouette or surrounded by some sort of smog. The former seemed silly and the latter a nightmare to pull off, so I settled on black fur. He wound up sort of reminding me of Spike from [url="https://en.wikipedia.org/wiki/Gremlins_2:_The_New_Batch"]Gremlins 2
[/url] (the mogwai with a mohawk).

I considered making it vague what relative this guy was referring to for several comics with my assumption being that most everyone else would simply assume it was Tedd's dad, but not using any words that would give it away (such as gender pronouns) wound up feeling so forced and awkward that I decided to just be upfront about it.