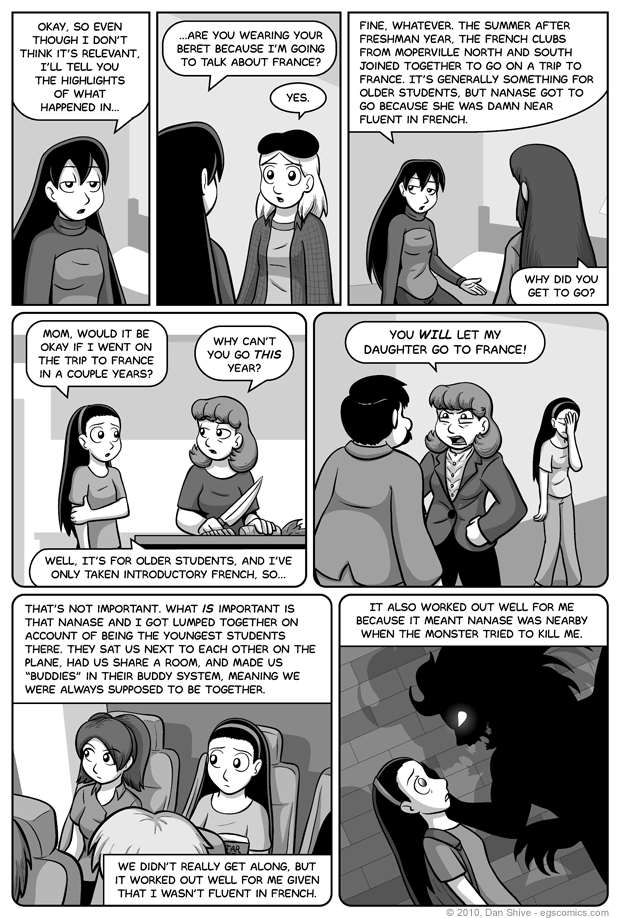 [url="/sketchbook/?date=2010-05-18"]Click here for sketches drawn in preparation for flashback Susan and Nanase.
[/url]
The exact details regarding why Nanase and Susan were allowed on the trip to France was originally going to be revealed during Sister 2. My intent was to reveal it then in response to the question "why doesn't Susan get her mother involved with the uniform situation?" Had I done the uniform arc the way it should have been done, i.e. a single storyline on its own, this probably would have been revealed then.

Of course, it would have wound up getting mentioned again here anyway, so it's debatable where the reveal works best. At the very least, the exact details are more immediately relevant to this storyline, so perhaps my theoretical "perfect uniforms storyline" would've been better off addressing it in a vague manner and leaving the full reveal for here anyway.

Of course, it's all hypothetical at this point, and it's here now. This is just the sort of thing I think about in an effort to tell future storylines better and avoid repeating past mistakes.