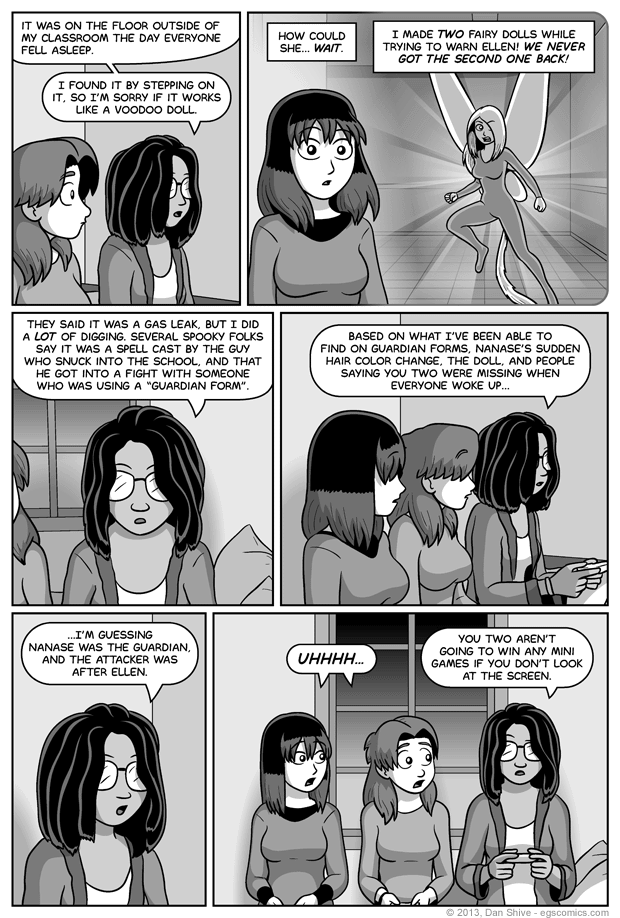 I deliberately did not link to the first comic referenced above yesterday on the basis that I wanted people to have a chance to figure out on their own how the heck Charlotte could have one of Nanase's fairy dolls. At least a few readers did, so congrats!

The flashback panel uses the same background as the comic it's flashing back to, but the drawing of Nanase is new. She's blonde because different dolls are linked to individuals once made (meaning she would have normally wound up in a doll at Ellen's house if trying to contact Ellen), but she could make more if her form was different enough from the current closest doll linked to the person she was contacting.

...That was a bit of a mouthful, but I swear it makes sense in EGS-logic. In any case, she realizes this in the comic prior to the comic being flashed back to, hence the changing around of her hair using her hairstyle spell.