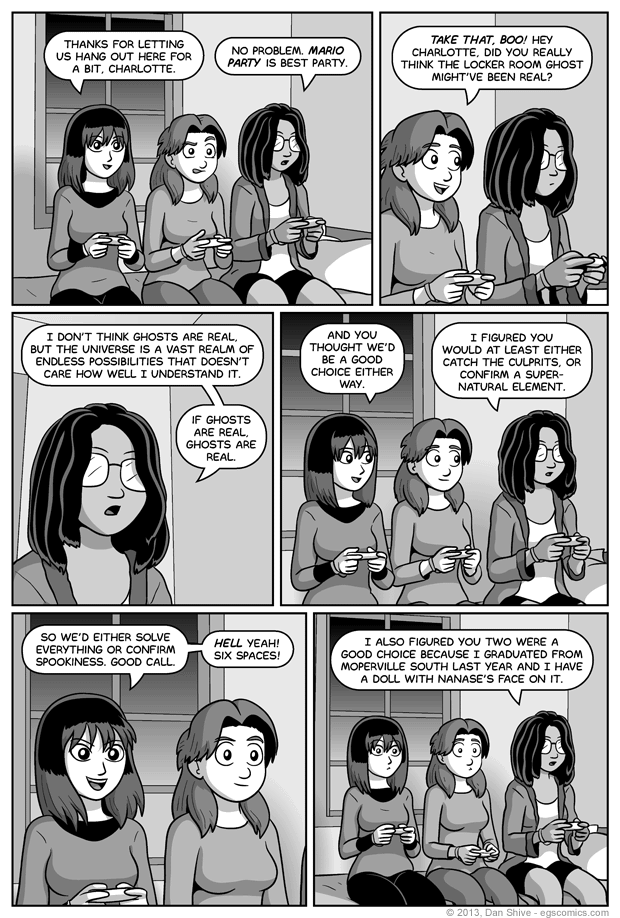 That's how people hold Wii controllers all the time while playing Mario Party, right? YEAH IT IS! WOO!

...Okay, so it occurred to me that they'd mostly be holding the controllers one-handed, but that happened after I inked the darn thing. It's been a while since I played it! Besides, this all takes place in another universe. Any number of subtle differences could exist (yeah, that's the ticket).

I originally had Charlotte smiling in panel one of this comic, but it was a little scary. She was sooo... Expressive! It just wasn't right. Don't worry, though. She's having fun and currently has the most stars.