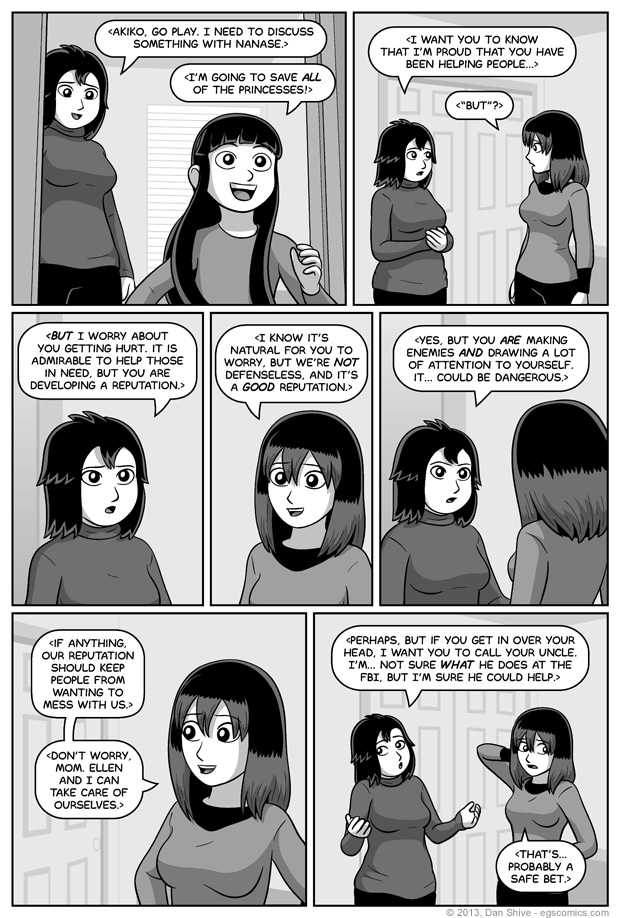 I originally wrote Nanase as responding sarcastically in panel four, commenting on how "awful" it was that she was getting a reputation for helping people. That was less what her natural response to her mother showing concern would be, however, and more force of habit when writing these two. They're usually more, um... Conflicty.

Incidentally, Akiko's line is in reference to video games. It sorta bums me out, to be honest. I'd like to think there are fun, age appropriate games with female protagonists for a kid like Akiko. Maybe there are and they're just not on my radar, but I'm having trouble thinking of any.

Speaking of Video Games, I recently received an e-mail from someone about a Kickstarter campaign for, in their own words: "Gaming In Color - a documentary film project about the LGBTQ presence in Gaming, as well as its industry and communities". They asked if I could help draw some attention to it, and I already had the segue, so... ATTENTION!

Granted, that Kickstarter campaign may well be over by the time you future people are reading this. I should probably remember to update the commentary at that point (feel free to laugh at my expense if I haven't, future people).