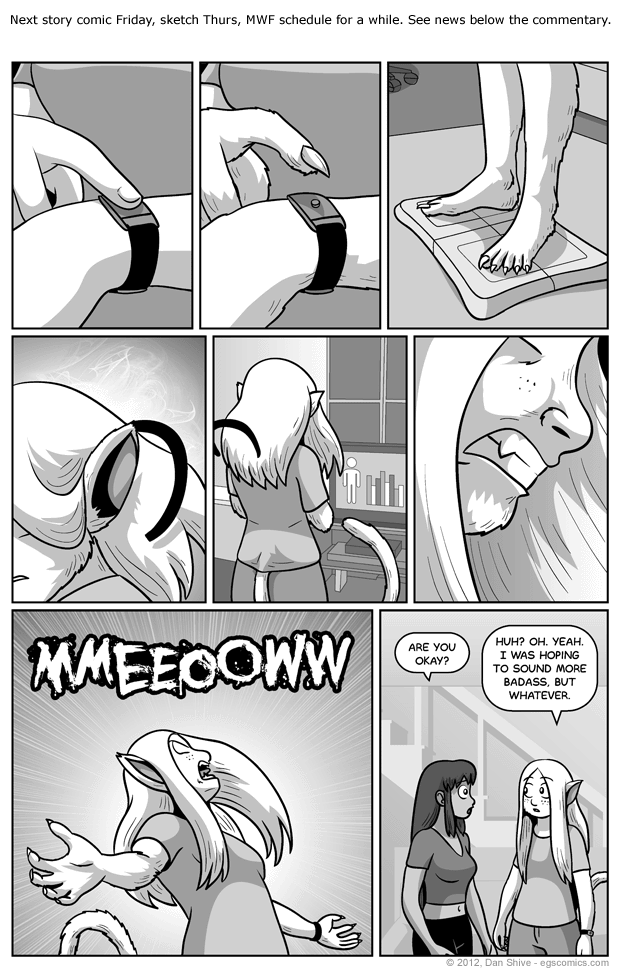 I knew I wanted to have some sort of brief transformation sequence for Sarah's first on-panel canon kitty transformation in a comic, but I wasn't quite sure what to focus on at first. Watch transformations are pretty fast and don't lend themselves to a lot of fancy posing in the time between start to finish.

This conundrum wound up answering itself upon the realization that there were two primary details that needed showing beyond her becoming part-kitty. Those details were a) her hair growing long, and b) the fact that Tedd's not just collecting data via visual observation.

There isn't one visible, but I'd like to think Tedd's got a modified Kinect gathering data, too, combining the might of Nintendo and XBox for SCIENCE. I'm not sure if there are any PlayStation 3 peripherals he could modify for his purposes that wouldn't be redundant. I suppose he could use the six-axis controls for... Um... Playing video games? Well, all work and no play, yadda yadda yadda. It would contribute to science indirectly.