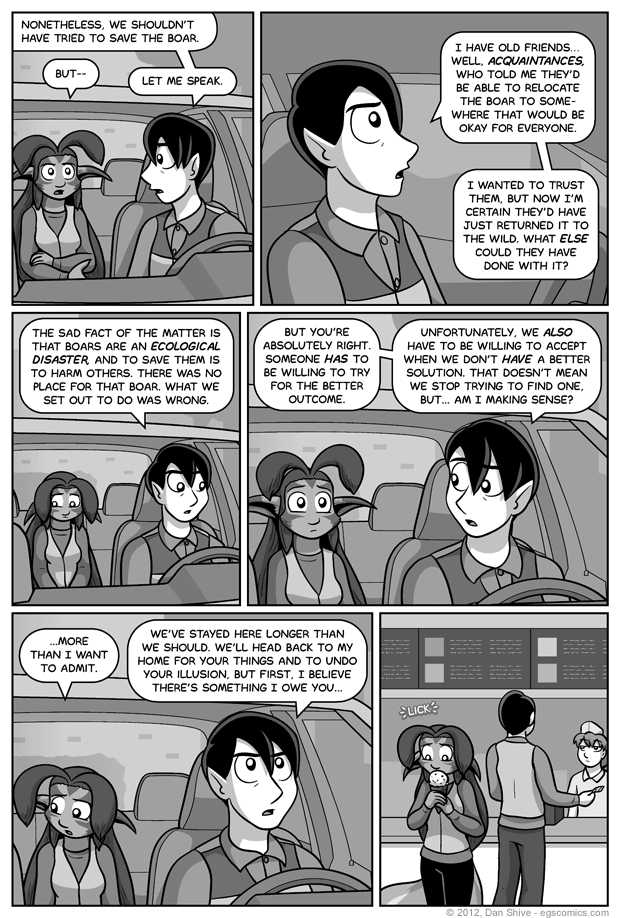 One supposedly serious proposal for solving the feral hog problem in Texas without hunting them was to effectively construct a boar habitat that would specifically use inexpensive fencing to keep the boar in. There are a myriad of problems with such a proposal, but here are three big ones:

1 - There are several million feral hogs in Texas. Not only would they require a very large habitat, but it can be a hassle to capture even one boar, and some boar are effectively impossible to take alive due to how big they are.

2 - Boars reproduce at an alarming rate. A habitat that's just the right size for the initial population would be way too small within six months.

3 - Boars can get past good fencing, let alone inexpensive fencing.

I can applaud the endeavor to finding an alternative to a perpetual hunting season on a species whose primary crime is being where they don't belong after people put them there, but if a solution won't actually fix the problem, then it's not really a solution. Sometimes an unpleasant option is the best one currently available.

In any case, while I don't want to speak for the comic, I hope it's apparent that the message isn't "don't try". Definitely going for a "pro-trying" vibe here. If that's not working, however, does anybody know where the Animaniacs left their wheel of morality? We could give that a spin.