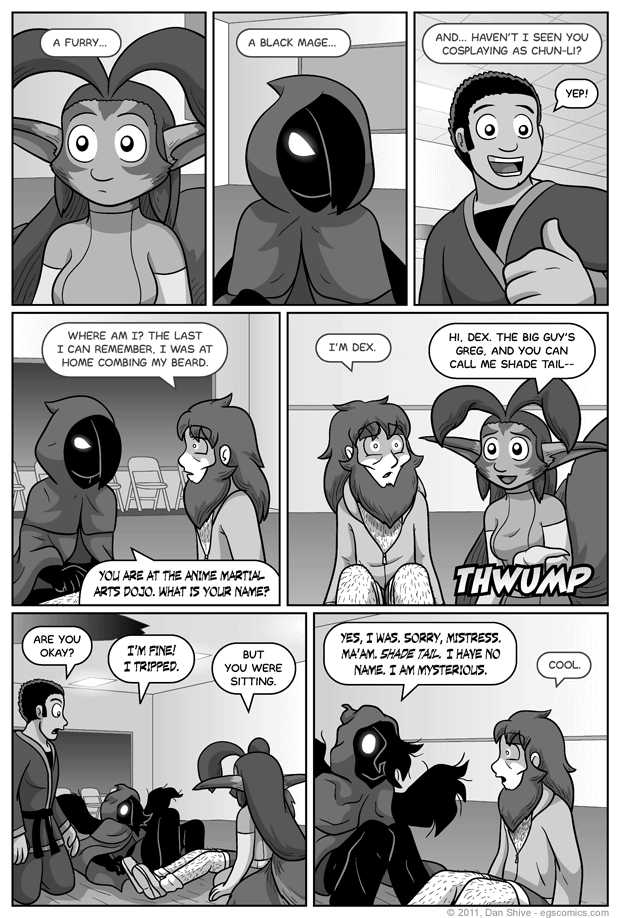 I've never had to comb my beard, but then again, I have a short beard. I imagine one would have to groom a longer beard. If combing a beard is absurd and makes Dex stranger, that works for me, too.

This is in reference to the black mages of Final Fantasy. What it means to be a black mage varies from game to game in the series, but it usually (if not always) involves attack magic, and has often involved characters wearing big wizard hats who have dark faces you cannot see with bright glowing eyes. Noah's lacking the hat, but he's totally rockin' the dark face you can't see with glowing eyes look. Well, eye.

For those of you mercifully unfamiliar with Chun-Li given the context of three, allow me to make unmercifully familiar with this link to her Wikipedia page. I was thinking of a funny character for Greg to have cosplayed as, and Chun-Li is a character I've actually heard of men dressing as who I could realistically see Greg being willing to cosplay as.