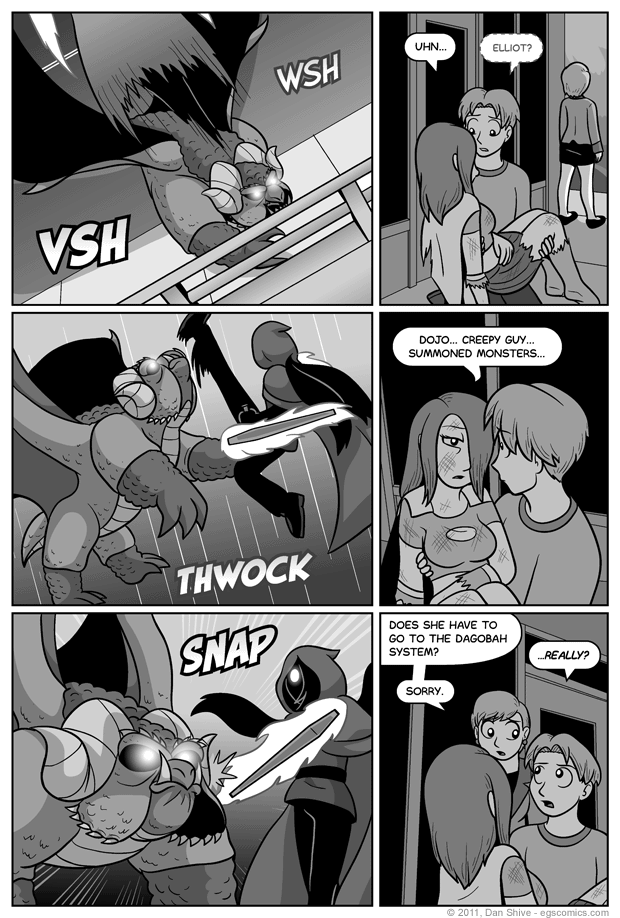 Melissa is referencing a scene from The Empire Strikes Back. Luke, suffering from exposure to the cold and having just had a vision of Obi-Wan, disjointedly repeats details from the vision while his buddy Han tries to keep him alive.

Yeah, I know 99% of you know that, but as hard as it is to believe. I've met people who've never seen Star Wars. Granted, those same people are probably still somewhat confused after the last paragraph given lack of additional context, but that's what the Wikipedia link is for if they're still interested. Or they could just rent the movies sometime, but whatever.

Speaking of which, I went back and forth on whether to point out that it was a Star Wars reference in the comic itself. There are plenty of people who have seen those movies who wouldn't remember the name "Dagobah", though I have no idea what the percentage would be. There are plenty of things that I feel are common knowledge that turn out not to be.

For example, I've been baffled time and time again by people having no idea what hydras are. From my perspective, that's just something people should inherently know, but that's apparently not the case. Don't teachers realize that it's important to let students know about the hazards of cutting off hydra heads and how two will take the place of each one cut? What are they teaching, math?