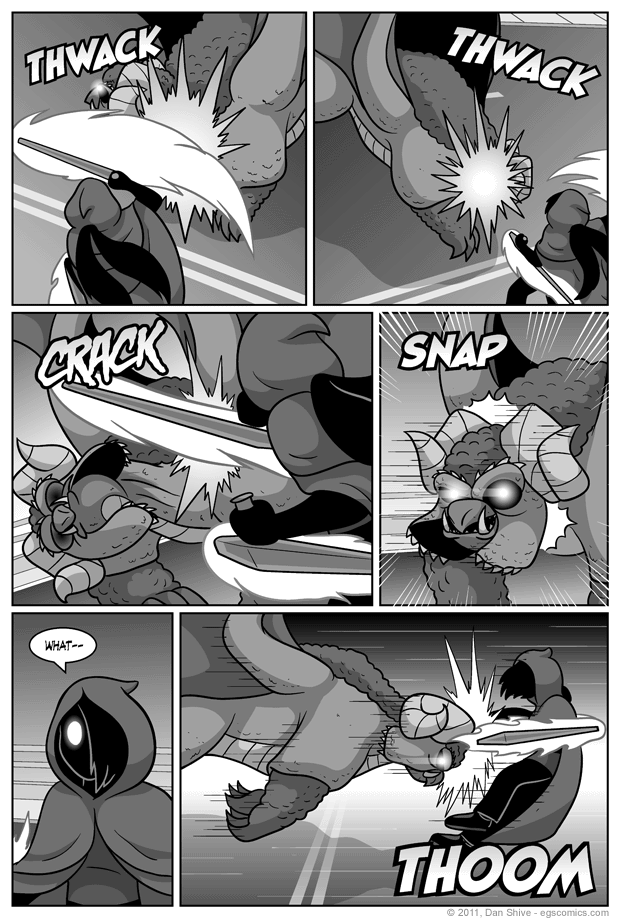 Posted May 11, 2011 at 1:00 am
At least a few readers should be happy that Noah is holding his tonfas, if not totally correctly, at least closer to correct than at first. In the reveal, I had him hold them in a way that would show them off, and not necessarily in a proper manner for combat. The problem is that once he started attacking, he was still sorta holding them that way. Whoops.

I mean, not whoops! GENIUS! Noah has a special super magic technique that sometimes calls for holding things incorrectly. That's how you know it's working.

Even if there are some mistakes here and there and I still really wouldn't call myself a master of fight scenes, I think we can agree that I've come a long way from where I started.

In other news, my sanity remains mostly intact since switching to updating five times a week. Sure, I wind up staying up later, and colors dance a lot more, but it's working out pretty well. I'd tell you more about it, but the bobbleheads are telling me it's time to trance so that I may be well rested for tomorrow's battle with the goblin sovereign of the taco mart.