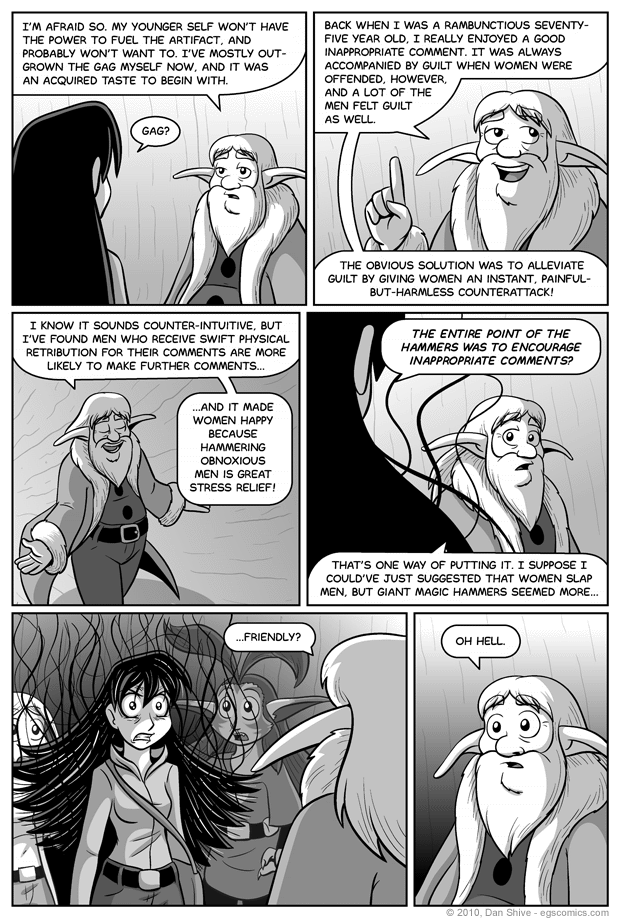 Posted July 2, 2010 at 1:00 am
And so, the in-story reason for the hammers existing is pretty much the same as the behind-the-scenes reason for them existing. Neato!

While I agree with Jerry's statement that it sounds counter-intuitive, I've found that to often be true. Either women playfully hit the men (hopefully aware of their own strength), likely intentionally encouraging the behavior, or they REALLY hit the men, which could foster resentment and possibly encourage even worse behavior.

Frankly, short of being in a scenario that calls for genuine self-defense, I think putting on a hurt look and sending men on guilt trips is probably a better option if the goal is to discourage such comments. Most men are used to dealing with physical owies; slap them with an emotional one.

Of course, given Susan's personality, she'd still favor the hammer approach if given a choice between that and making a sad face.