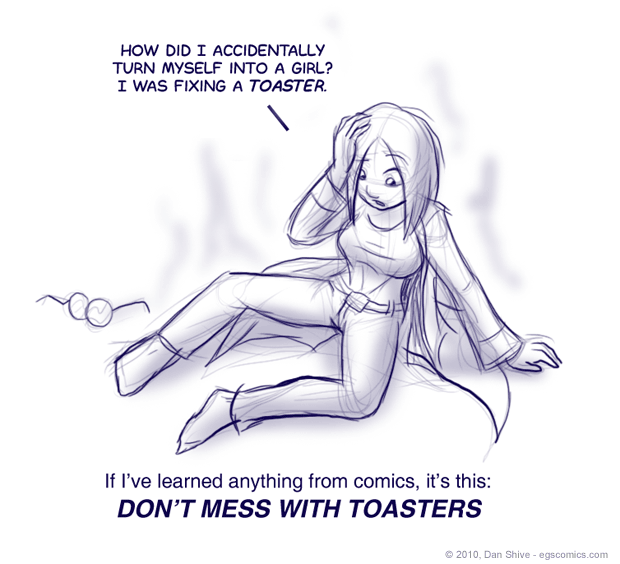 Posted September 28, 2010 at 1:00 am
I guess toasters are difficult to fix, because jokes about fixing them were once a cliche. I think they've become less common, because I haven't seen any new ones in a while, and the joke seems focused on top-loading toasters. Maybe it's just me, but toaster ovens seem more common these days, and those are totally less funny.

I know there are more examples, but the two that spring to my mind are from The Fantastic Four (in an issue of X-Men, funnily enough), and a Halloween episode of The Simpsons. Reed Richards, super scientist of the Fantastic Four, struggled to repair a toaster, lamenting the fact that he can build space stations but can't fix a toaster. Homer Simpson, bumbling drunk blimp, inadvertently created a time machine while trying to fix a toaster.

If I ever own a top-loading toaster, and it breaks? I'm just gonna buy a new one.