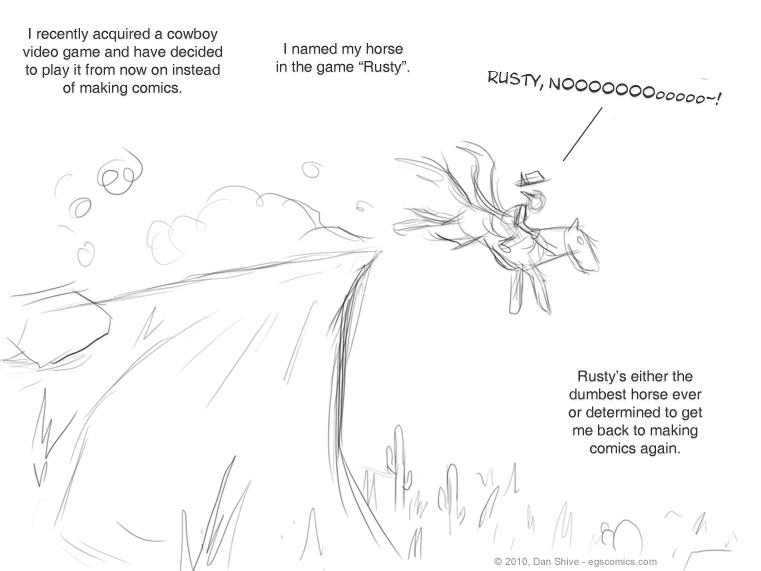 Posted June 1, 2010 at 1:00 am
As one may have guessed, I've been playing Red Dead Redemption. I've had a busy Memorial Day weekend beyond that and most of my more relevant sketches are still spoiler-tastic, so I figured I may as well draw myself riding a horse over a cliff. Whee!

Okay, in fairness to the game, horse controls are actually good. If one goes over a cliff, it is more likely their fault than the horses. This is inspired by something that happened in-game, however. You're able to whistle to summon your horse, so I whistled for Rusty. Rusty heard my whistle and dashed over like a good, loyal horse... and promptly ran over the side of a cliff. To his credit, I was near the cliff he fell over, and he did somehow survive the fall (yay video game physics!), but Rusty had a long way to go to get back up to me. I proceeded on foot for a bit after that.

I don't want to rant about it too much here; this is the EGS sketchbook, not my blog. So long as I've brought it up, however, I'm very impressed with it so far. It's the first sandbox game I've played where I genuinely don't want to just randomly run around attacking people and acting like a general nutcase.