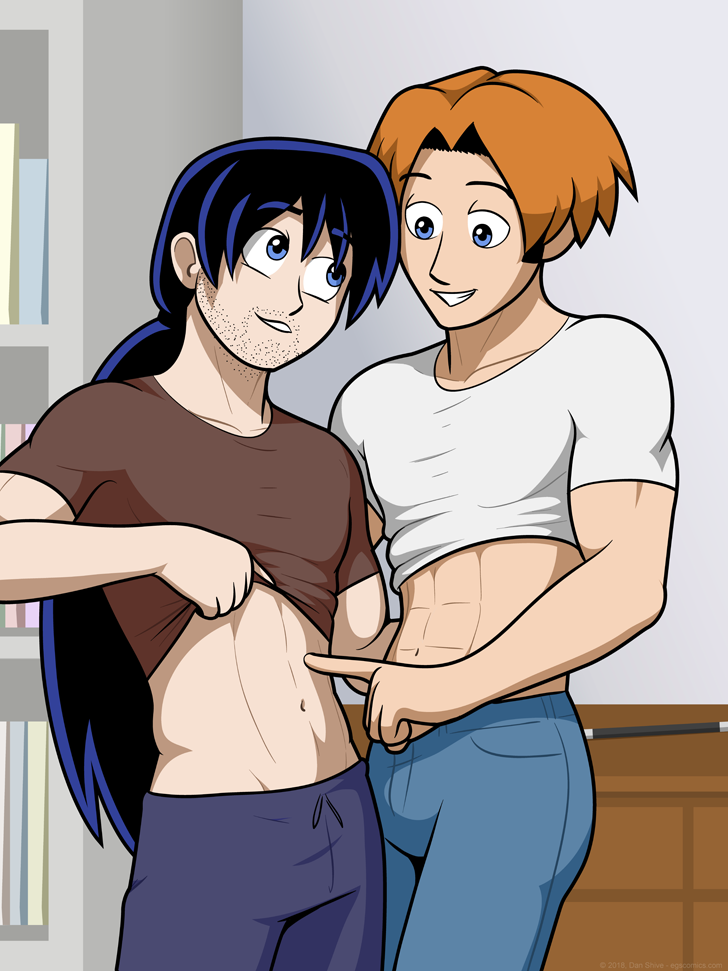 Another old milestone, but darn it, the sketchbook needs more guy pals being guy pals!

The plan was simply for Susan to try out various male forms with input from Justin, but Susan has a bit of a quirk in which she's a lot more open to physical contact while male, and... well... Experimentation happened, not the sort they had originally planned.

Incidentally, that quirk IS canon. We know this due to Grace's birthday party.