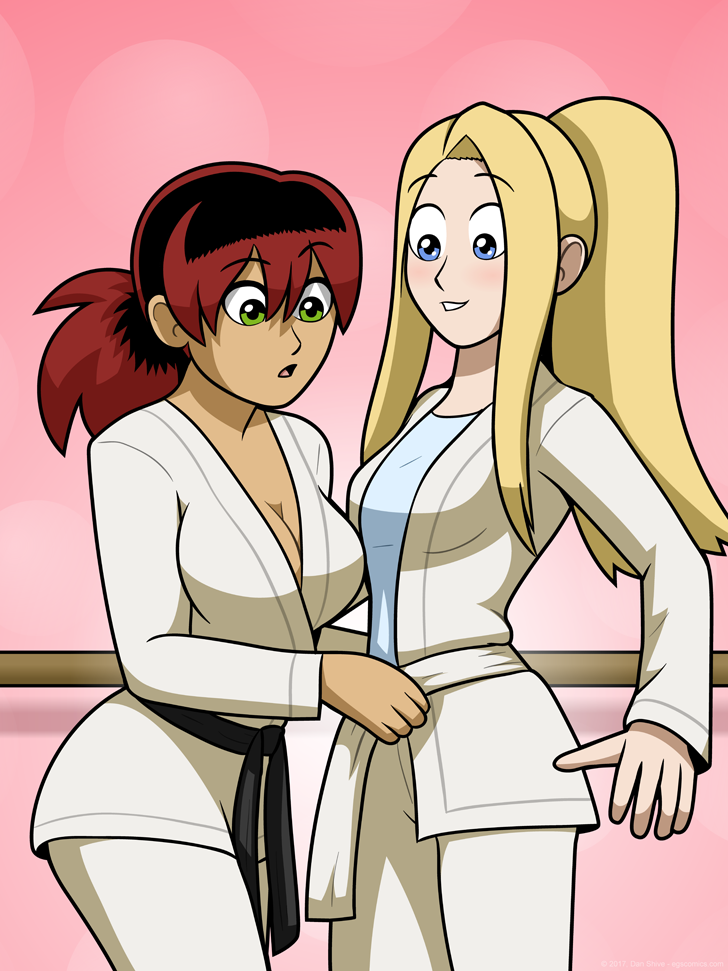 It's possible Diane is hoping to be taught more than Nanase is expecting...

For the record, I had some training in Hapkido as a kid, and tying a belt like that right is trickier than one might think. I used to leave my belts tied and simply tightened / loosened them as necessary, which... I never thought about it much before, but plenty of grown men do that with neck ties, don't they? Huh.

So long as I'm talking about Hapkido, I used to make my way back and forth across the mat by doing flips. Not, like, super cool, landing on your feet flips like you'd see in a ninja movie, but the sort of flips you learned to do when thrown by an opponent and such. Sort of neat, but less impressive.

That move is still hidden in my muscle memory somewhere, because it saved me once when I slipped on some ice. I just sort of did it on reflex instead of landing face first. Still wasn't exactly a pleasant moment, but it was a relatively soft landing.