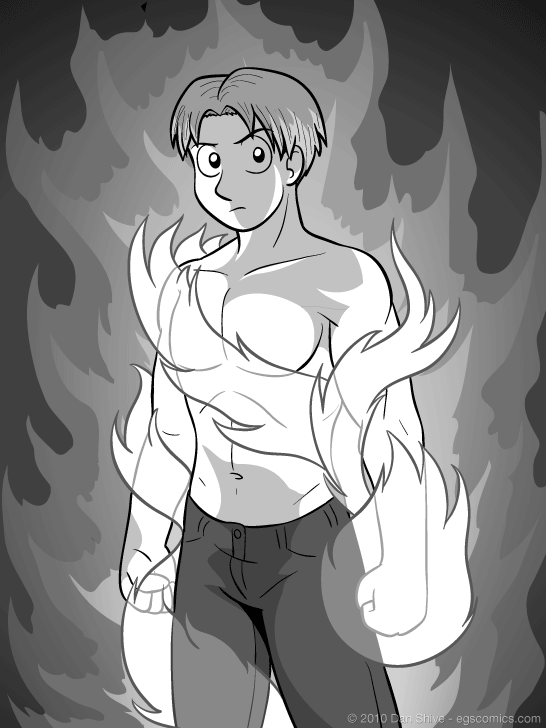 NBA Jam? Anyone? Best basketball game ever made? Anyone?

ANYWAY, I wanted to practice drawing male musculature, so I drew Justin standing around with his shirt off. That seemed a bit dull, SO I SET HIM ON FIRE.

This is clearly a reference to comics from part 2 of New And Old Flames, which means Justin is less on fire and more, I don't know, pumped? Ready to kick some ass? Look, it looked cool, so I drew it. It's just scientific fact that when people are on the verge of kicking ass, they glow. It's just something that happens.

Seriously though, NBA Jam on the Sega Genesis? That game was GREAT. I haven't played any of the newer versions, but I might have to give the latest one a shot someday.

Of course, I'm remembering the original through Nostalgia Goggles, so it might not be as good as I remember. I mostly remember liking dunking streaks so the ball would literally catch on fire. That's how you know you're playing a good basketball game, darn it!