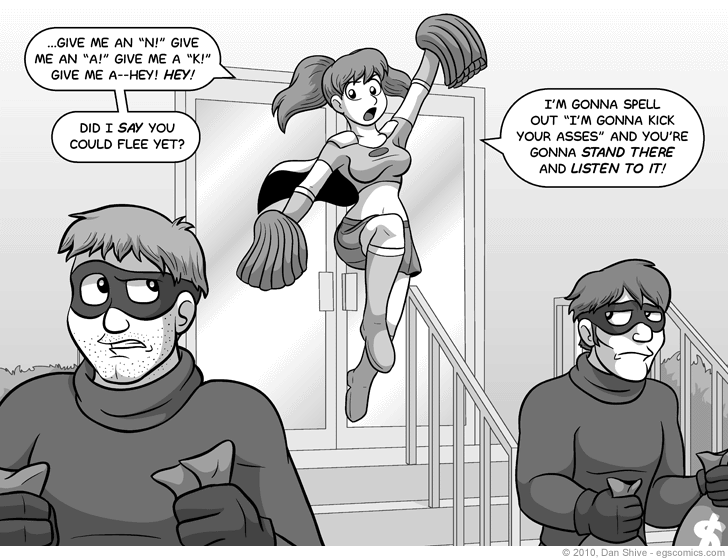 Posted November 11, 2010 at 1:00 am
I'll admit that it's difficult to actually picture Elliot doing this, but hey, that's why it's a sketchbook entry and not canon. YET. *KRAK-A-THOOM*

Minion's note: That is most likely a joke. Please refrain from killing Dan just yet.

This is, however, sort of in character for Elliot's current super hero name namesake, Cheerleadra (see this comic's commentary for details). When playing the MMORPG Champions Online, I wouldn't actually have her do something exactly like this, but the whole "I'm obligated to be cheerleader-esque and I'm snippy about it" thing is pretty accurate.

As for the fact that this "sketchbook" is inked, much like the previous one, it's again due in part to sketching just not being fun for me in Photoshop with the current tablet issues.

I actually kind of prefer these one shot inked images to just random sketches. It saves a great deal of time to stick to greyscale, however, so even if inked sketchbooks become the norm, color will remain the exception.