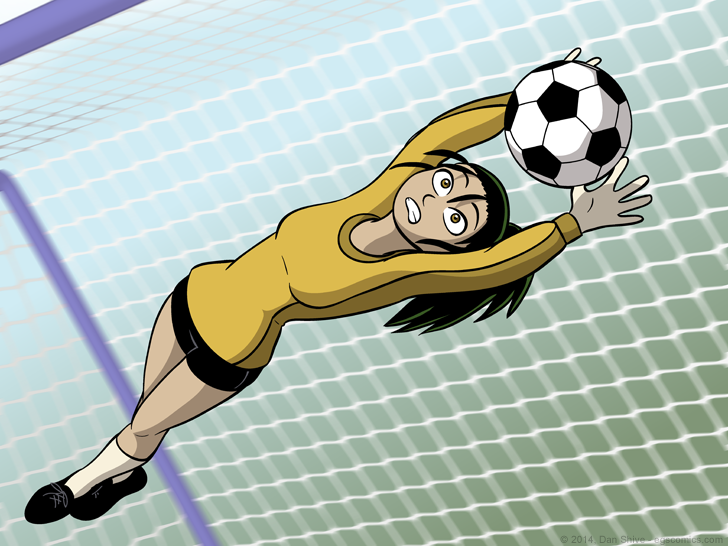 Requested by Anonymous - Ashley drawn as a soccer goalie.

Drawn AS a soccer goalie? Um, EXCUSE ME, anonymous-type person, but I ask for a character, a form, and an outfit! She could be dressed as one, sure, but that doesn't guarantee that she WILL be a goalie! She could have the uniform on and be playing checkers or something!

I mean, I totally did draw her as a soccer goalie, and that's a pretty sweet dive she's got going there, and I think she's gonna stop that ball, but STILL!

(Just being silly, by ze way).

Sidenote: Soccer goal posts are HUGE. I mean, I guess that should be obvious, but I don't really watch soccer, and it never really registered in my brain just how big they are. Newfound respect for soccer goalies over here. That's a lot of area to defend.

Note: Requests are paraphrased for clarity and brevity.