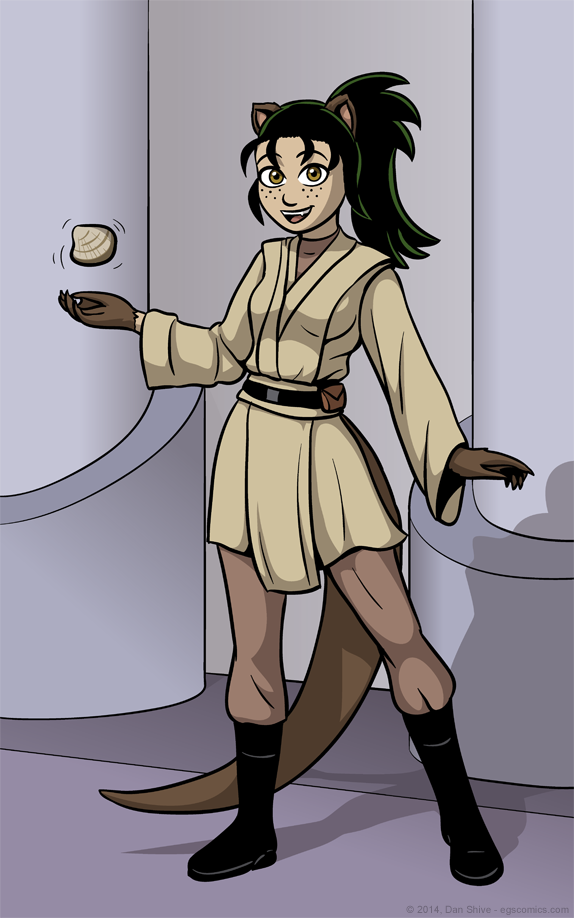 Requested by Robert Green - Ashley as an otter-girl dressed like a Jedi knight.

Okay, so, the request might have said "Jedi knight", but OFFICIALLY? Space wizard. Got that? If anyone asks, she's a space wizard. A space wizard Jedi NO DAN WHAT ARE YOU DOING

I'm not sure how she's going to open that clam shell, but you know she is, because she's an otter, and that's what otters do. If I had to guess, however, she's going to try with all her might to open it with the force... And then get frustrated when it won't open and hit it with a rock.

Note: Requests are paraphrased for clarity and brevity.