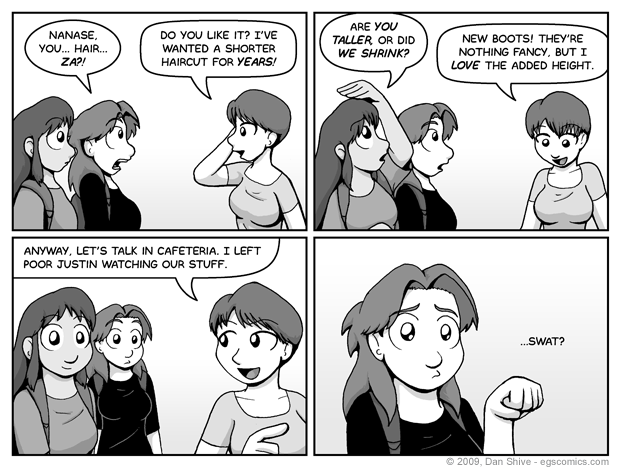 Just fair warning: This entire commentary is pretty much blabbing about print vs web layouts ^^;

This update, along with the previous one, are among the ultimate examples of the "slice and dice" update approach being put into practice. For one thing, the last panel of the previous page will take up half a page in print.

That's fine on paper, but on the web, it's kind of bad to have to scroll to see the entire first panel when it also reveals all the panels to follow it on that page. Even if this half of the page were combined with the first half from the previous update, I would have changed the layout to work better for the web.

As for this update, these panels will be stacked vertically in print. Rather than force everyone to scroll down to read through them online, I rearranged them into a landscape format. I had the high-res print version made before I created this web version, so it won't come back to bite me later when I (hopefully) have to get these comics ready to be printed.