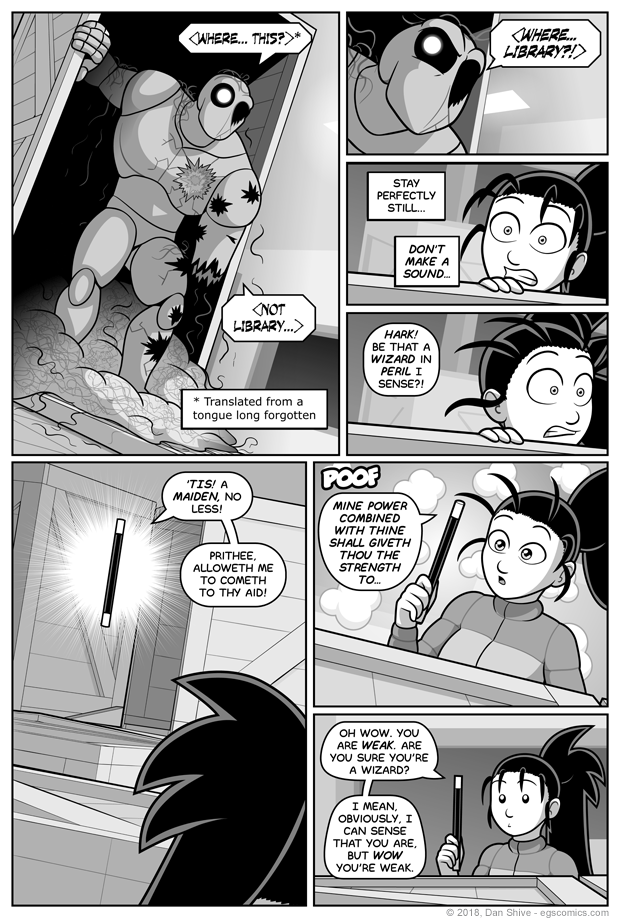 Seriously, this fellow's only read through book three of the Harry Potter series. They need to get to a library, like, yesterday.

Well, that, or they're an ancient magical artifact of some sort and has never heard of Harry Potter, but really, what's more likely?

As for the wand, 'tis a silly idea that, in part, is somewhat poking fun at various other ideas I considered for Ashley in this part of the story. As such, it's possible only I will find them amusing?

Oh, and I guess Ashley is a wizard? Apparently, a very weak wizard, but still. I guess that's a thing? This prrobably isn'tof interest to anyone.