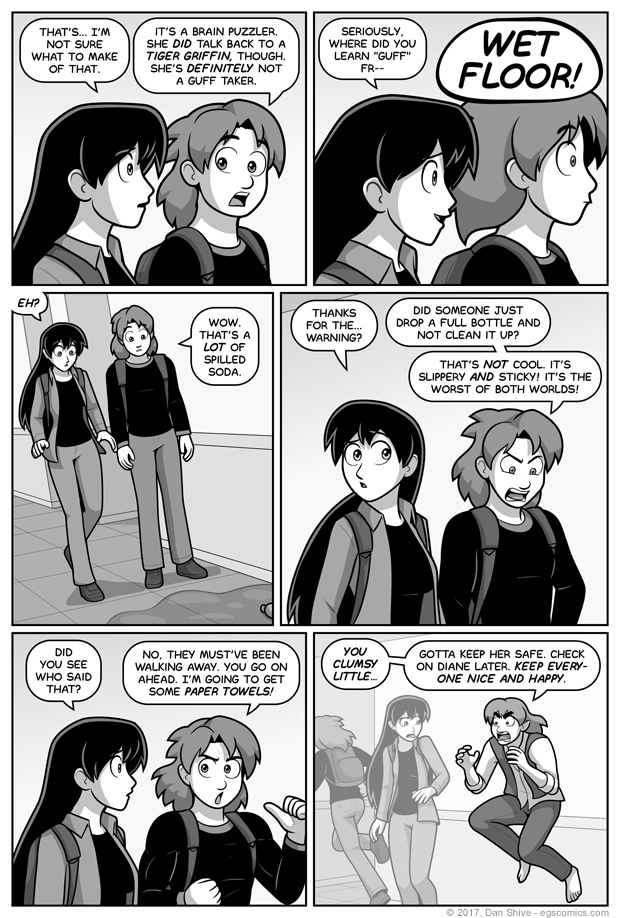 And as Elliot ran off to get the paper towels, Hero by Nickelback played over the school intercom...

Elliot was originally intended to take the spilled soda much more calmly, but it turned out he had strong feelings about it, darn it! It's not safe, and it's gross! And it sticks to your shoes, and if the shoes are a light color, it can stain, and... Great, now I'M angry.

He was always going to get paper towels to clean it up, however, because Elliot.

Speaking of changing things around with Elliot (wow, he was being difficult on this page), I originally didn't plan on showing his face in panel two. I had things at a different angle with only a bit of Elliot showing

I later realized, however, that if you can't see Elliot's face, it would be possible to assume that he was the one who said "wet floor", and that would have made the rest of the comic super confusing.

So, instead, you can not only see Elliot's face, but his lips are sort of pursed and EXTRA SHUT, just to be sure!

I guarantee at least one person will assume he said it anyway.