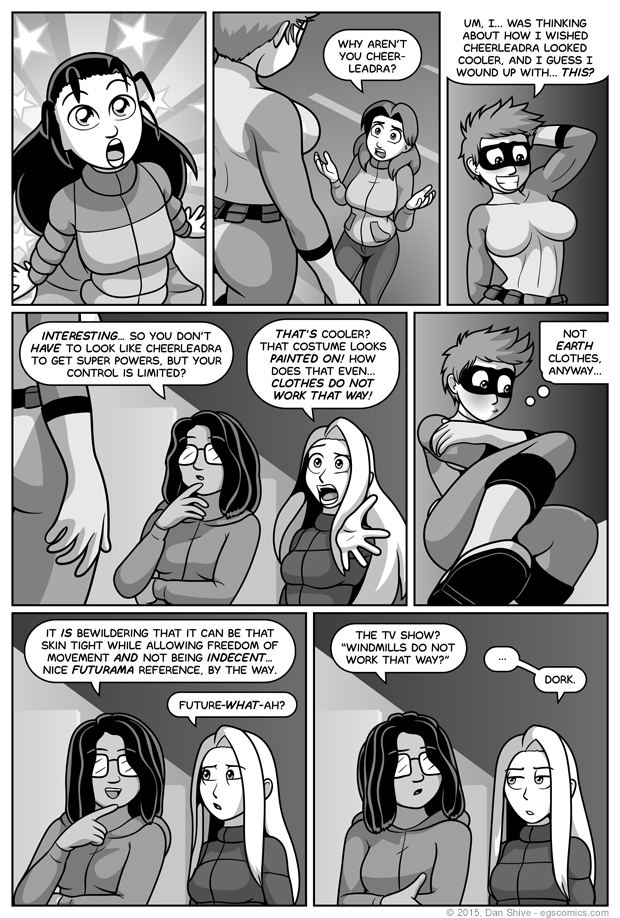 I'm not sure if Ashley likes this new form, you guys. It's unclear. There would be little to no confusion if we were using the Fallout 4 companion system, but unfortunately, all we've got handy is the Telltale Games system, and all that tells us is "Ashley will remember that."

Hah! Reference humor. Speaking of which, Charlotte was originally going to compare Elliot's super hero costume to the 90s X-Men animated series (with identical levels of disapproval from Diane), but how could I have diane say something "doesn't work that way" and NOT have Futurama be the thing that gets mentioned?

Well, that, and specifying which X-Men cartoon was being referred to was clunky and awkward (in a bad way) and didn't address any of the reasons why those costumes didn't make any sense, but that's beside the point! Windmills do not work that way, and must be acknowledged,